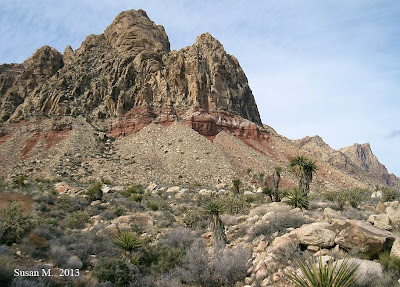 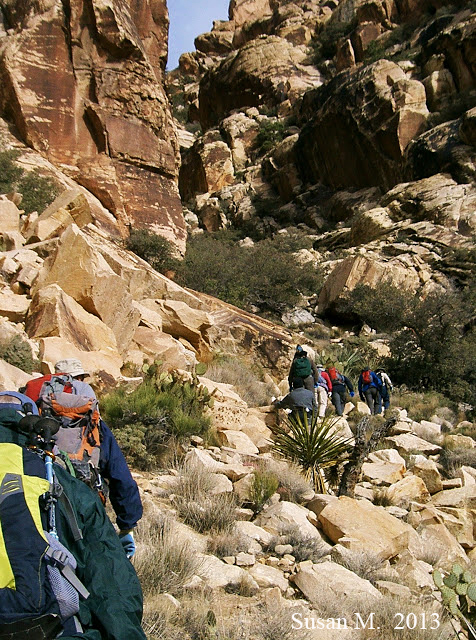 Starting Up the East Side of Monument Peak 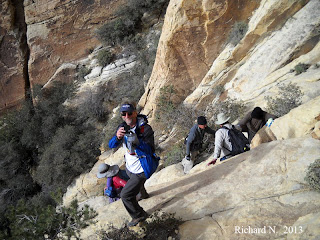 While most of the AtBF hikers were off taking it easy hiking in Palm Springs, twelve hikers were tackling Monument Peak from the Cottonwood Valley floor. If Susan sends more of the story, the writer will pass it on, however, thus far, this is what we have.

They began the hike at the end of the Black Velvet Canyon approach road and started up the peak that sits between Black Velvet Peak and Sandstone Peak of the Red Rock Canyon NCA escarpment. 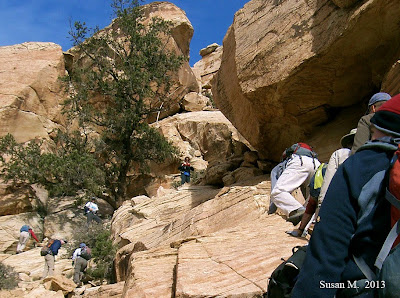 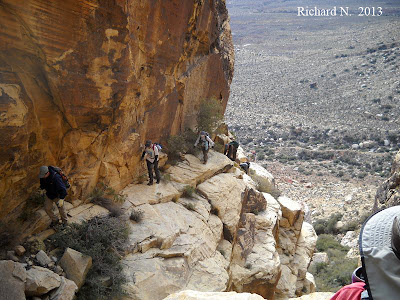 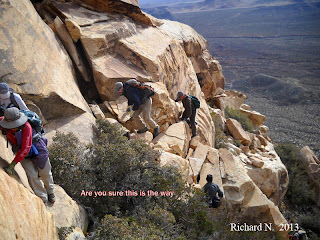 Photos and GPS from the back end perspective!  Twelve hikers on a Richard Natale classic, East Peak Monument.  My track showed 3.1 miles (a little more than Richard's, but that's what happens when you get off track).  I also showed close to 1,600 ft elevation gain.  So proud to be part of this tough-as-nails Tuesday ATBF group!  Kay, if you need an exciting story...it's still stuck in my head.  It was definitely a hike worthy of a Natale lead!  My legs are still shaking, and I don't think it's from the coffee! ~ Susan Murphy 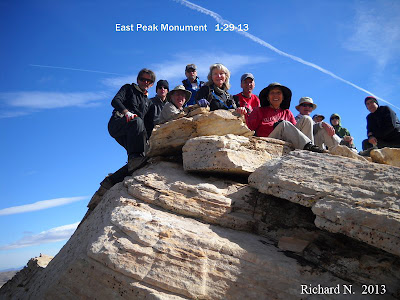 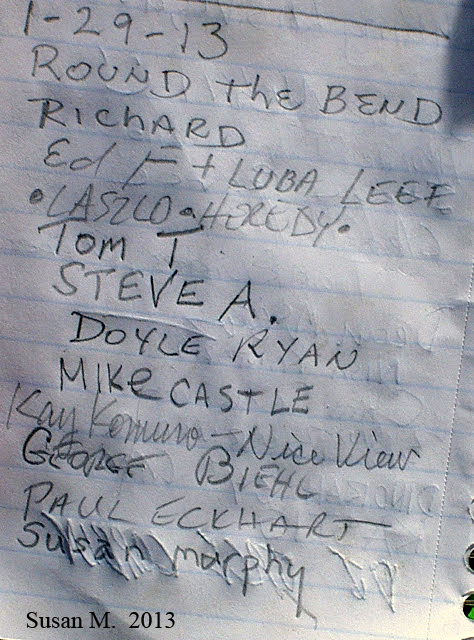 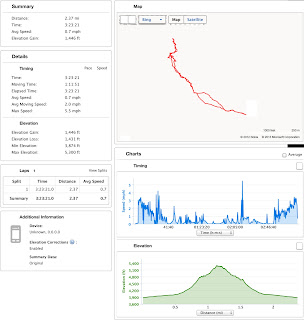 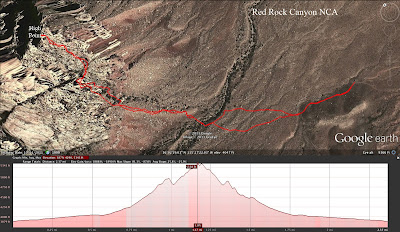 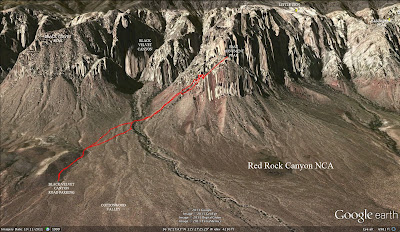