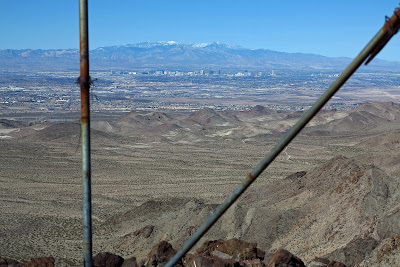 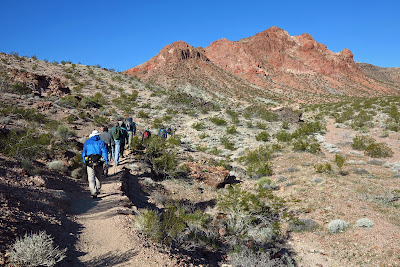 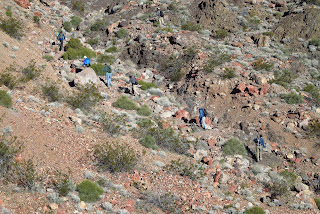 There were eleven hikers on today's hike to River Mountain Peak with a nice surprise ending of a loop through a nearby arch. We began at the River Mountains Trailhead on Highway 93 in Boulder City. As we hiked up the approach to Red and Black Mountains, we saw a small jack rabbit hop hop hopping away. Cute. 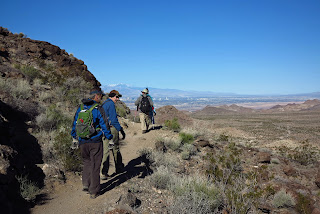 At the bottom of the switchbacks that led up to the saddle between Red and Black Mountains, we split into two groups. It was the ladies ascending on the switchbacks versus the men ascending the scrambling wash to the right. The men can be seen in the photo above making their way up. Most of the men made it to the saddle before the ladies. ... Not that we were racing .... 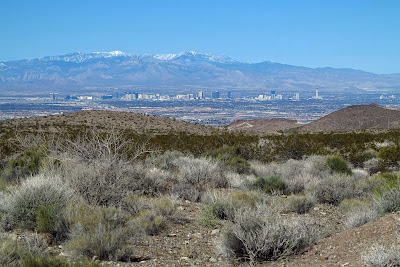 Las Vegas Strip as Seen From the Caldera 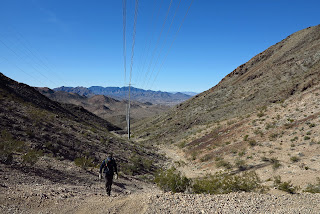 All together again, we dropped down the other side of the saddle on the bike trail until the trail began curving around to the left. Then, we turned off trail to the right, crossed another trail then connected with a wash/road in the caldera below. The road led us down to a particular rock with holes in it as seen in the photo above. This is a good place to turn right and begin crossing over to the very rocky maintenance road that goes up between the mountains underneath the huge power lines. 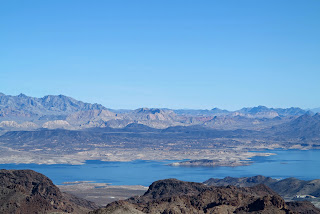 At the base of the power line road wash, there was a sign indicating that we were then crossing into the Lake Mead NRA territory. This rocky road proved to be the most challenging part of the hike as it was steep and uncomfortably uneven in footing. Nevertheless, we all met again at the saddle at the top where there is a humongous power pole ruling the area. Here, we had an expansive view of Lake Mead and beyond. 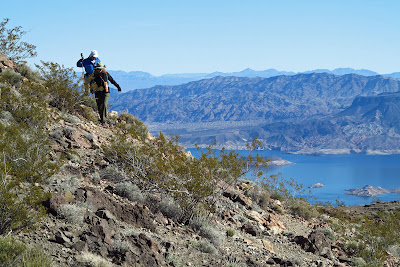 Traversing Over to River Mountain Peak 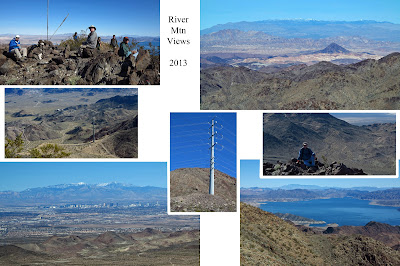 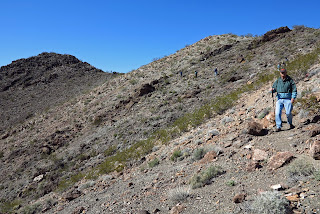 When our hike continued, we climbed a steep slippery trail up to the left. The trail turned off to the left when we were almost up to the top of this first little peak ... passing by a fake peak on the way. Now the trail traversed across the ridge until it neared River Mountain itself. At this point, the trail curves to the right and scrambles up to the peak from there. 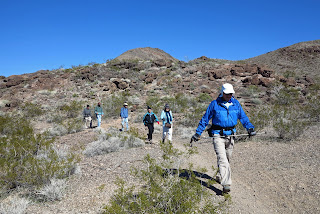 We enjoyed a break at the top where some of the most expansive views of this area can be found for 360 degrees. Then, slowly, we made our way down the steep slippery slope back to power line saddle. We met again down at the Lake Mead boundary sign then turned to our left and found a bike trail to take us over to a particular wash. 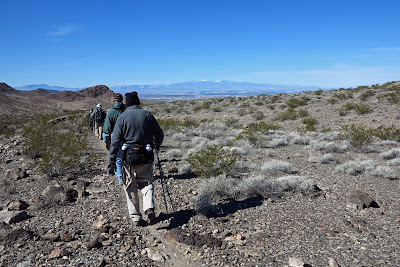 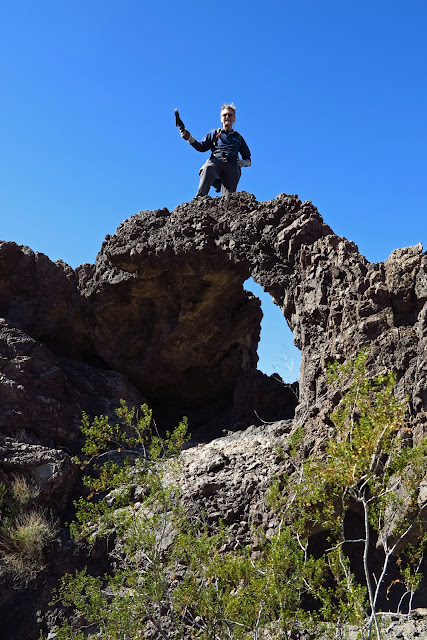 Laszlo Atop the Arch 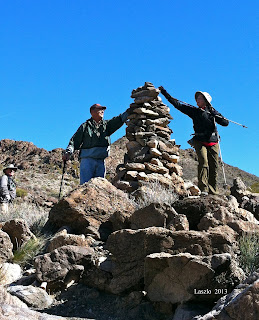 After all the rocky footing, the bike trail was very pleasant and quick. Then about three washes on our left later, we separated the group again. Three hikers chose to go back up to the Red & Black saddle the short way from there. The rest of the hikers were ripe for another new adventure. So we headed up the fun little wash to the base of a decent size arch in the rock that we had seen from below. At about five feet in diameter, we could walk through it and a couple of the hikers climbed on top of it. A little further up the wash, someone had built a very large cairn to which we added just two more rocks. 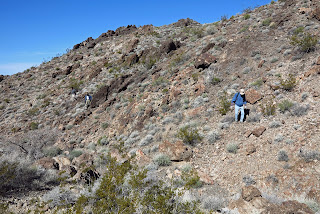 Next, we continued up the wash a little further then climbed out to the right. Somehow, we wanted to connect with the Black Mountain Overlook trail. Detecting a slight sheep trail, we followed it. This trail led us up, down, up and over to the overlook trail near the saddle. One hiker split off to descend down the scramble and the rest of us took the switchbacks down. After it was all said and done, we had hiked 8.75 miles with a total elevation gain of 2246 feet. Very nice hike, Chuck! 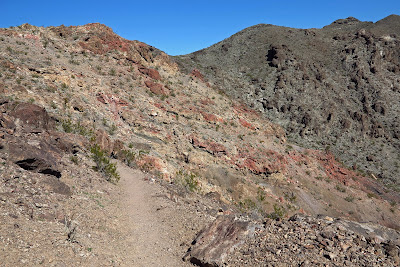 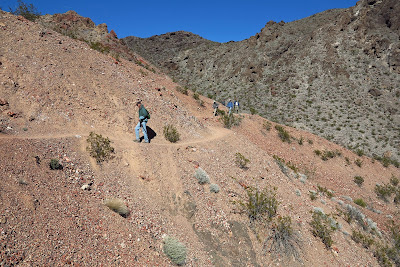 Hiking Down the Switchbacks 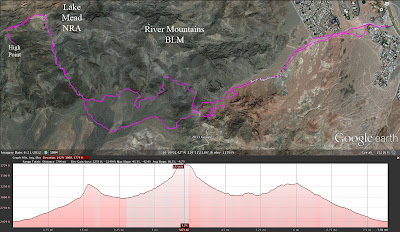 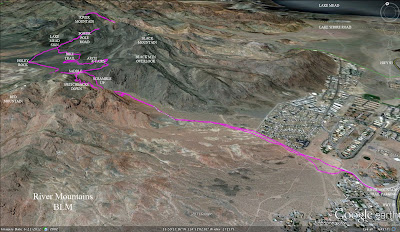 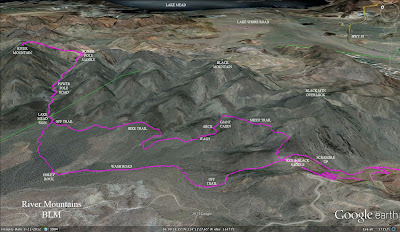 Posted by Las Vegas Cockapoo at 8:27 AM