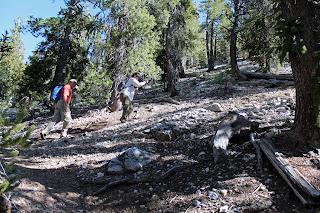 Seven hikers made the journey to the top of Lee Canyon Road in the Spring Mountains for a hike on the six mile No Name Loop. The air was very fresh and we began with jackets if we had one. The first mile on the Bristlecone Trail warmed us up and we were sweating by the time we junctioned with the No Name turn off to the left. The jackets came off! 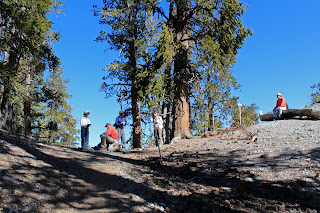 The remaining 1600 feet of elevation gain was accomplished during the next mile as we climbed up to the No Name Saddle seen in the photo to the left. This is the tough section of the hike which was made slightly easier by someone or some organization that cut away the large tree that crossed the trail about two thirds of the way up the hill. Last year, we had to climb through its limbs or make an awkward trip around the lower end of the branches. This year, we simply walked the trail as seen in the photo above. 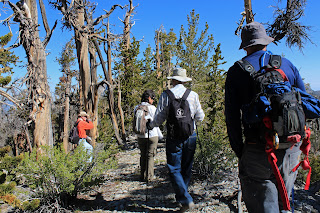 After making a stop at the "photo tree," we decided to hike the ridge line for a short ways. The morning sunlight was shining brightly on the old bristlecones that were growing all around. We dropped down to the trail as we neared it from the ridge and continued out to the Bonanza Trail junction where we took our snack break. It was a strong group of hikers today and we were still feeling great! 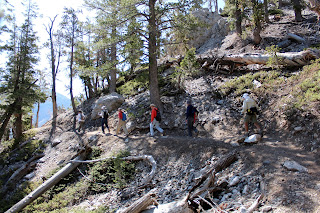 So, the second half of the hike, which is mostly downhill, went by very quickly. We zigzagged down the switchbacks of the Bonanza Trail and junctioned with the Bristlecone Trail to turn right. On our way down the final trail, we passed several trail runners, a few hikers and quite a few orange shirted rescue workers who were there for a training hike. The first small group of orange shirts were carrying a gurney and threatening to cut their training short (for a laugh) as they made their way up the first mile of the Bristlecone Trail. After them, there were three other small groups of orange hikers and a group at the trailhead who were working pen and paper. Love, love, love the fresh air! 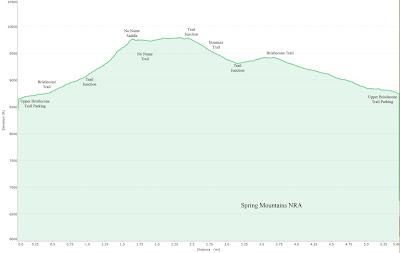 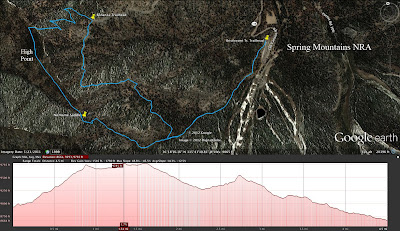 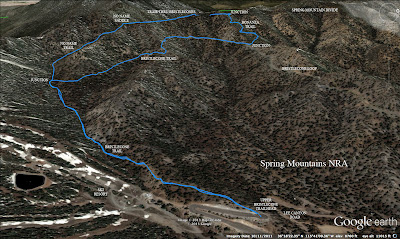