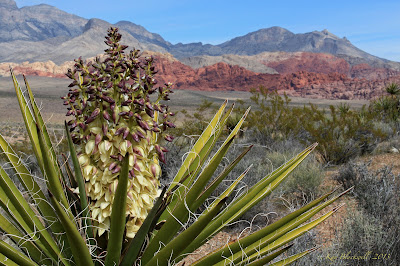 Blooming Mojave Yucca in Front of the Calico Hills 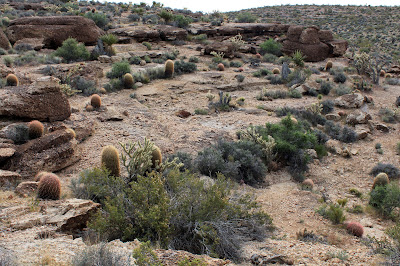 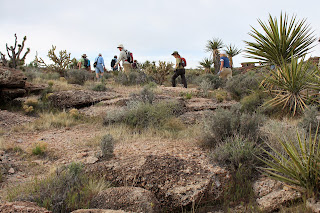 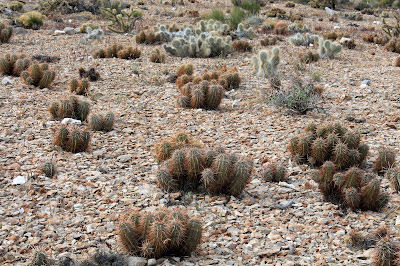 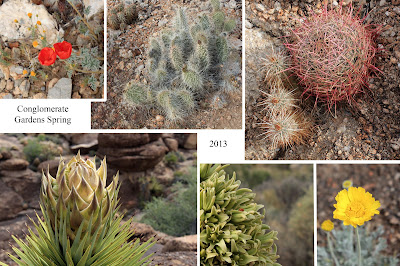 Samples of Flora on the North Blue Diamond Hills 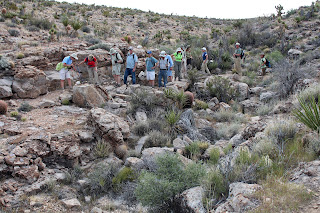 The hike travels uphill for two miles then begins a very windy route downhill of more than four miles. It winds through and among a large outcropping of conglomerate rock formations for which we named the trail. It was originally a bicycle trail that bike enthusiasts still call "Kibbles 'n' Bits." Several fossils are seen on the trail. One wall in particular is covered with them. 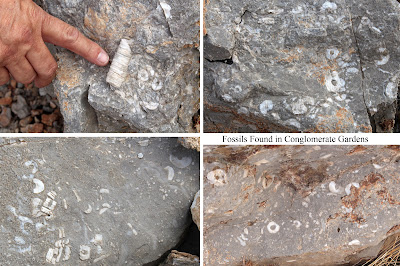 Some of the Many Fossils on the Trail 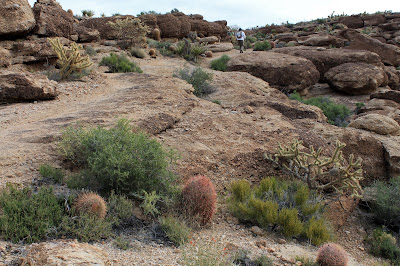 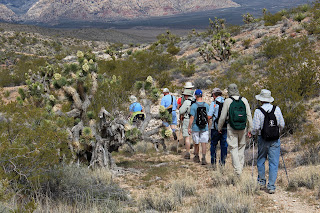 We took our break on large conglomerate rocks and one very large ledge that two hikers were sitting on actually broke off of the main. No one got hurt but there was quite a squeal! From there we winded our way back to the cars while we watched stormy weather come in from the southwest over the Spring Mountains. Nice hike with 996 feet total gain in elevation over 6 miles. 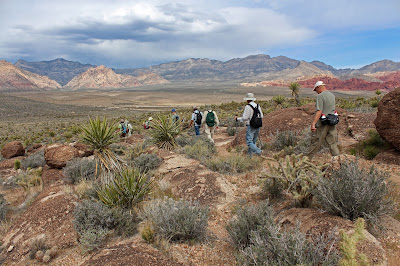 Weather Building Up in the Spring Mountains 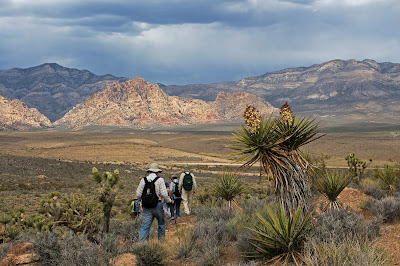 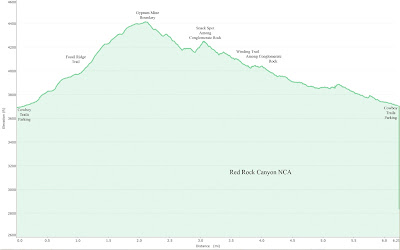 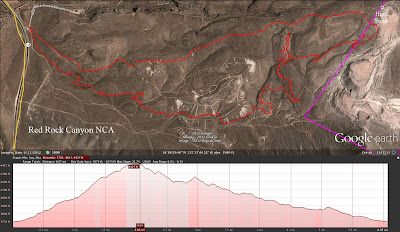 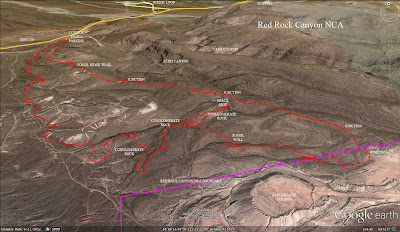