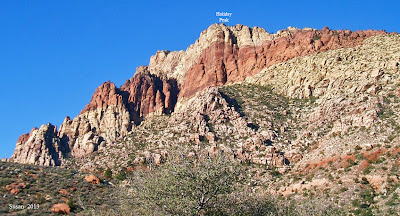 Holiday Peak as Seen From the Base of Bridgepoint Peak 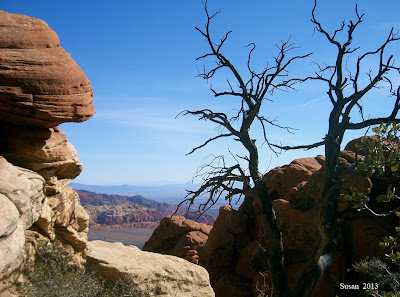 Calico Hills View from the Middle of the Climb 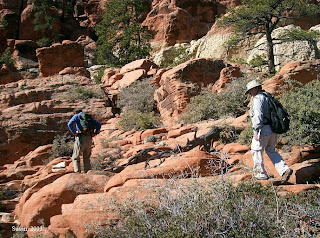 Also on Monday, Richard led another small group up another escarpment peak in Red Rock Canyon called Holiday Peak. This peak also had ropes and lots of exposure but the views appear to have been worth it as the seven hikers / rock climbers made their way up the front of Bridgepoint Peak; a peak that stands between Ice Box Canyon and Pine Creek Canyon. 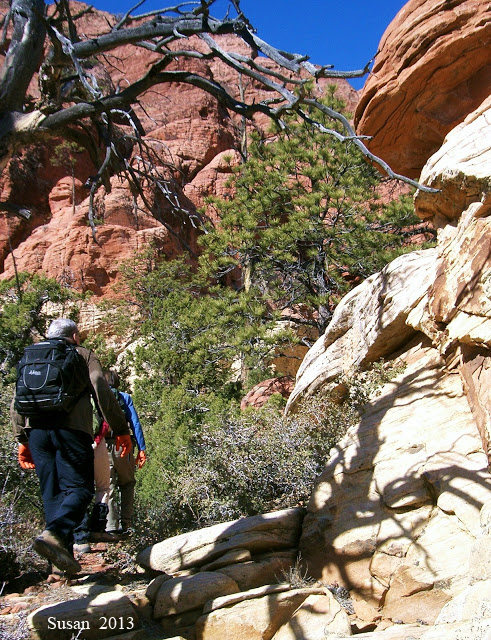 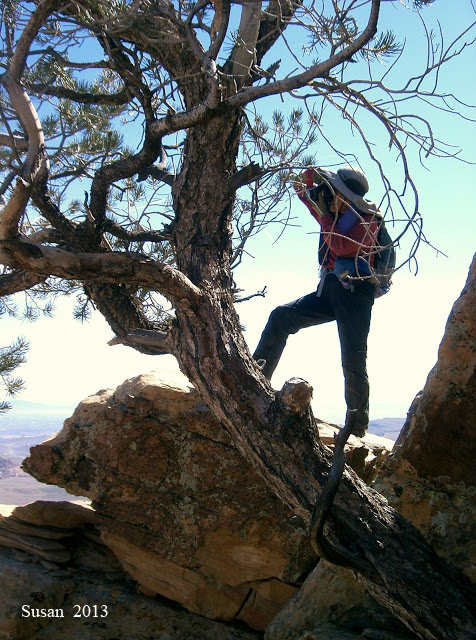 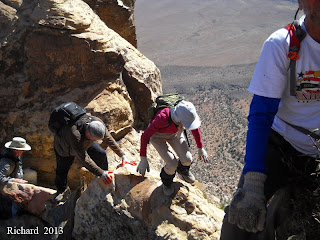 Richard sent this narration of the hike and entitled it "Holiday Peak from the MAN OF FEW WORDS."


Climbing to Holiday Peak is a very involved scramble with 2400 ft. of elevation gain.
It is approx. 3.3 miles proving to be only for the advanced. Seven of the ABF group attempted the climb today. 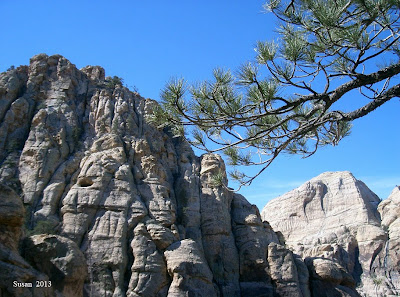 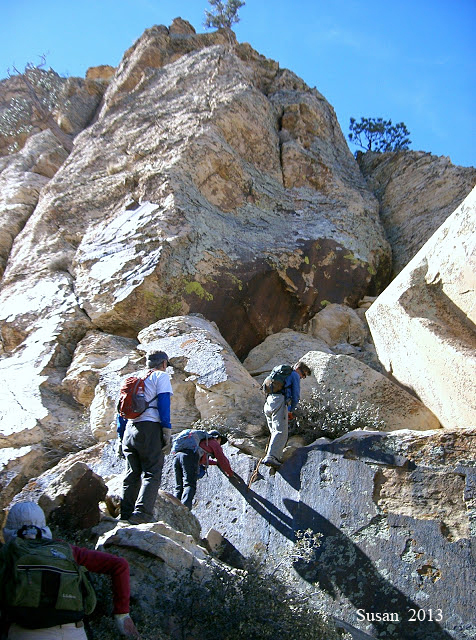 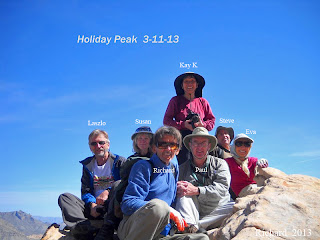 After two and three quarters hours of strenuous climbing we arrived on the peak. ~ Richard

With climbing and leadership abilities such as what Richard possesses, who needs a whole bunch of words! 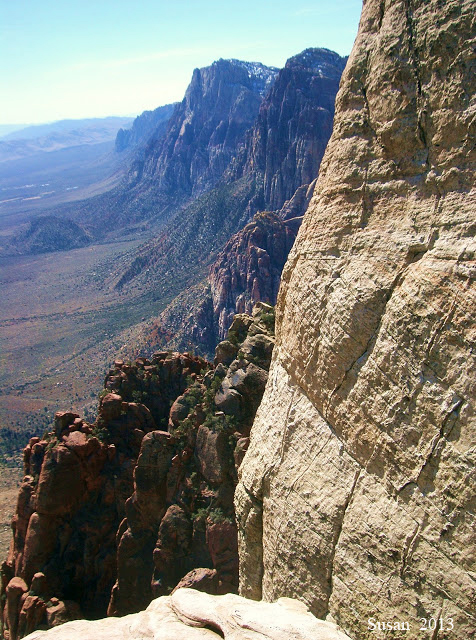 View of Escarpment from Holiday Peak 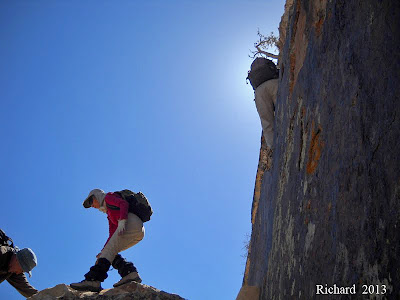 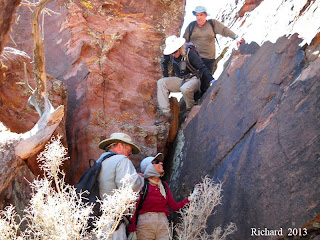 Thanks Richard, for the words, photos and GPS information. Also, thanks to Susan for sending her photos of the climb. Susan also sent a few words:

I am soooo happy I got up to Holiday Peak.  Another fear conquered!  Thank you for everyone's help in making this not only possible, but enjoyable :) ~ Susan 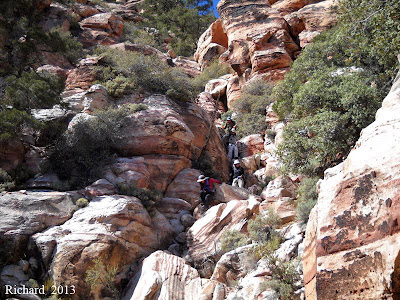 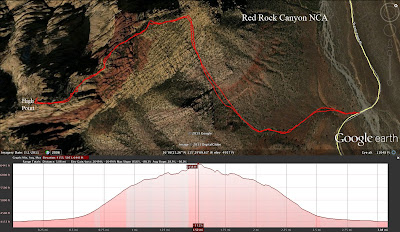 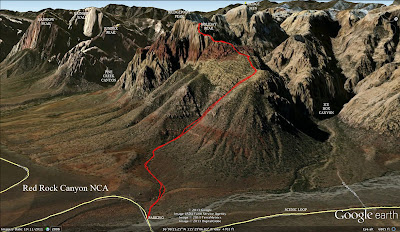