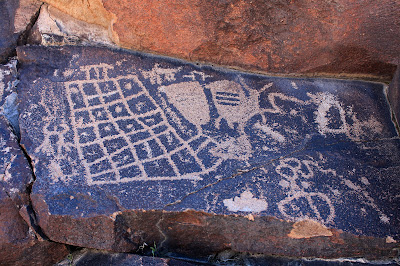 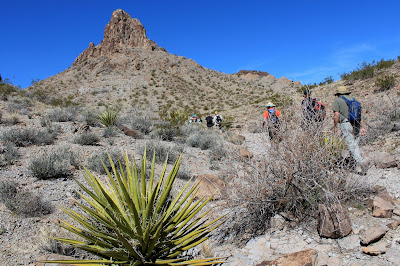 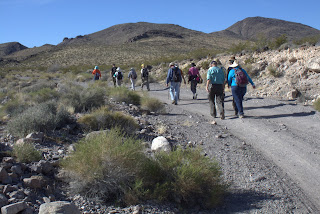 There were twenty-five Monday hikers taking the moderate but 8 mile hike out to see the Sloan Canyon petroglyphs on the southern outskirts of Henderson, Nevada. For today's hike, we approached Sloan Canyon on foot from a public play park off of Anthem Highlands Dr. near the Democracy Dr. intersection. From here, there was a mere 2.25 miles of desert dirt road before we reached the Sloan Canyon entrance where we signed into a register. 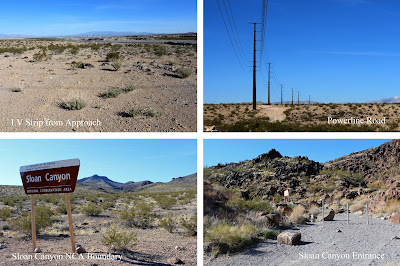 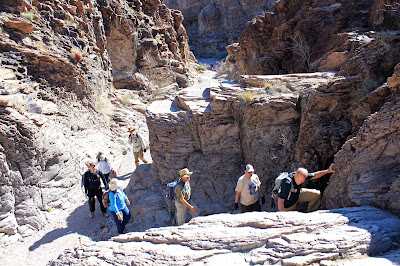 One of the Dry Waterfalls on the 100 Trail 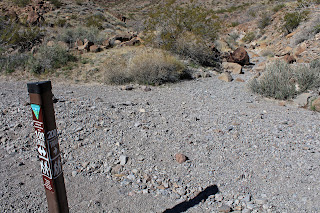 After signing in, we hiked up a gravelly wash until we found the 200 Trail sign as seen to the left. Here, the group divided into those that wanted to scramble up the dry waterfalls on the 100 Trail and those that wanted to hike the 200 Trail that offered an up and around alternative. The writer chose the waterfall option and off we went up the wash towards the left. There were, perhaps, four or five waterfalls that were well worn from years of foot traffic but still easy to negotiate. 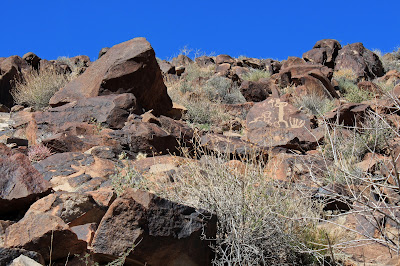 Area with Many Petroglyphs 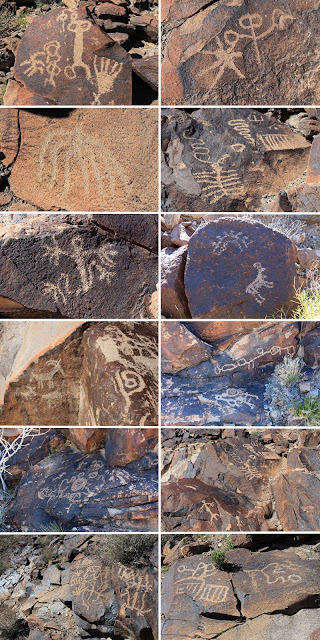 A Few of the Major Petroglyphs 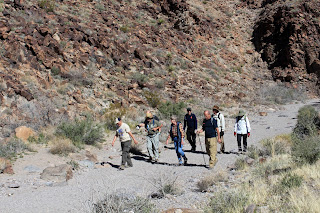 When we reached the top of the last dry fall, everyone started noticing petroglyphs on either side of the small canyon. They were written on boulders that covered the hillside. As we began looking closer on some of the hillside trails, we found many many of the writings everywhere. We could only imagine what they were trying to say but it was very fascinating.

Eventually, the other group that came in via the 200 Trail reached the petroglyphs and we all sat for a break. Some hikers continued climbing around the hillsides looking at the different petroglyphs and naming a few like the "Calendar" and the "Alien." 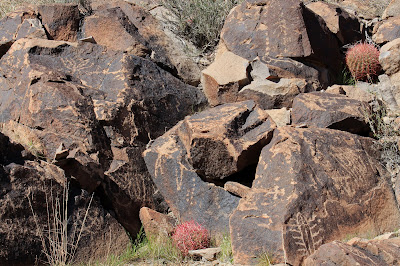 Red Barrel Cacti Among the Petroglyphs 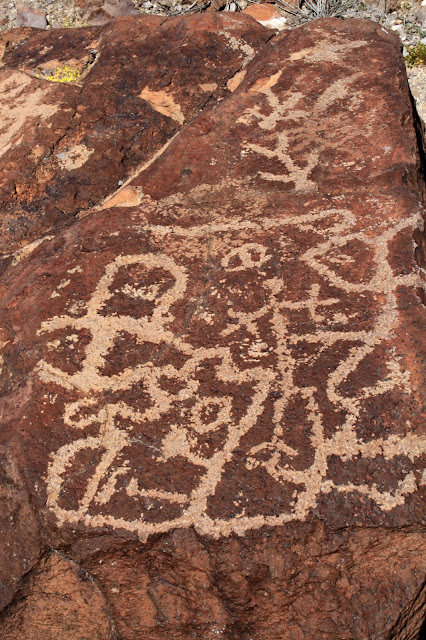 What are They Saying? 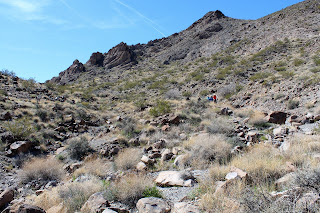 After the break, most of us returned via the 200 Trail, a beautiful desert trail that was dominated by a "spaceship" like rock feature seen in the second photo above. There were also a couple of hikers who explored the way back via a ridge above. The last two miles proved to be the most unpleasant as we hiked the desert powerline dirt roads back to the car. Even then, the hike was worth the trip out to see some of what Sloan Canyon National Conservation Area has to offer. 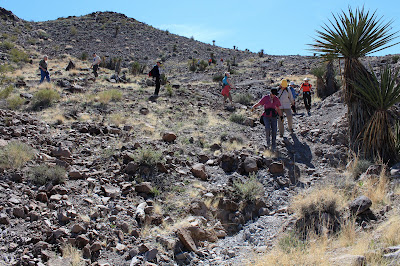 Return Descent on the 200 Trail 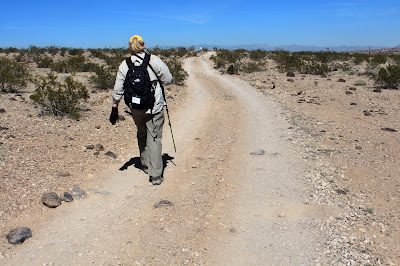 Hiking Back to the Cars on the Access Road 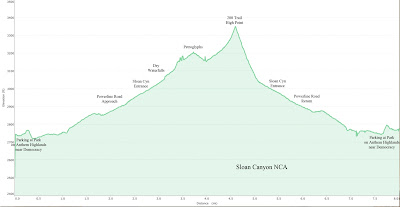 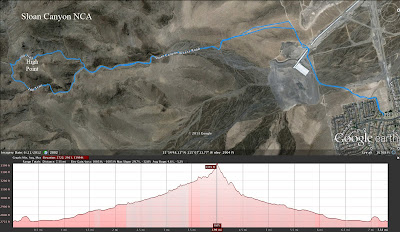 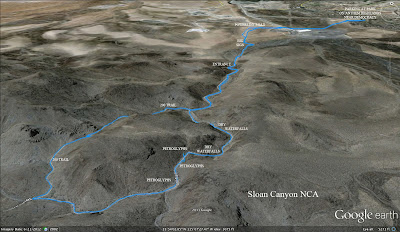 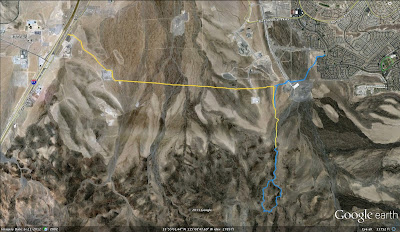 Posted by Las Vegas Cockapoo at 10:54 AM