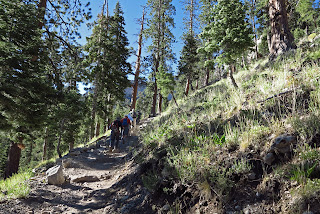 The Sunday hike on today's agenda was a Tuesday or Thursday hike with a multiple choice pace! We had twelve hikers to start and added one before we all summited Griffith Peak from the South Loop Trail. Starting at the new parking lot, the hike to the peak was around 9 miles with 3740 feet of total elevation gain. We left the trailhead at 7:44am and the last hikers returned at 1pm making it a less than six hour hike. Five of the thirteen hikers took off quickly and the rest of us never saw them again until we passed them as they came down near the saddle. (Note the photo of their backs near the beginning of the hike to the left!) 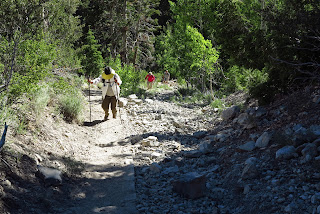 The South Loop Trail starts out just like it used to before all the construction started. (The Cathedral Rock Trail turns off of it to the right shortly after beginning.) We climbed the first steps, passed the Rainbow Loop junctions, then climbed the second set of steps (seen to the right). There was a rumor that the steps were much better. Hmmm. Looked the same ... just cleaner. Next came the first set of switchbacks which were adorned with colorful summer low growth flowers. By this time, the remaining hikers had divided into solos and duets. 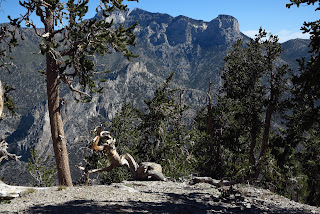 The writer hiked as a solo so many of the photos  on the ascent are scenery with no people! There were several other hikers on the trail today so it wasn't too lonely! We all faced the formidable climb at our own pace and the day was extremely pleasant. Passing the 1st, 2nd and 3rd overlooks, the writer took a few photos, drank some water and moved on while leap frogging with a quartet of younger hikers. She noted that the trail is very clean of rocks in some sections and the tree that we had to climb over last year is no longer there. 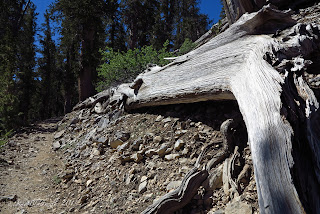 Reaching Griffith Saddle, where the South Loop Trail junctions with the Harris Springs Trail, the writer was pleased to look up and see another hiker from our group who needed a little direction since he had not been to Griffith Peak before. We both donned our light jackets in the cool breeze and turned left onto Harris Springs Trail. The short distance used on this trail sits atop the ridge and takes the hiker down through a small dip before reaching the fork where the Griffith Peak Trail bears off to the left. 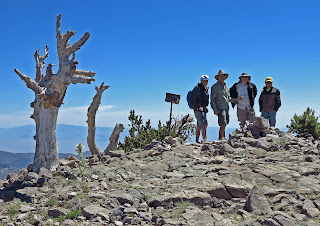 After bearing left, the hiker is hit immediately with a very steep finale! By this time, the climb to the peak has to be taken pretty slow. Nevertheless, when the peak is reached, euphoria ensues! There were five hikers taking in the amazing views from our group at this time. Those five guys in front were well on their way back down the switchbacks. And, three hikers were bringing up the rear. We waited until all were at the top before the five of us began our descent. Those last three began their descent soon afterwards. 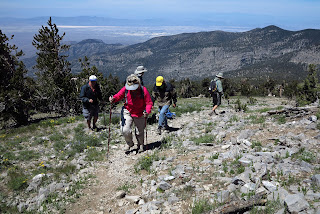 As we all descended on the South Loop Trail, we stayed pretty much within yelling distance. We assumed that the five front guys would leave before we got down so the eight hikers that were left knew that no one was going anywhere in the two remaining cars until we all got back. With very few stops, we did it! What a great day, great hike, great workout and great friends! 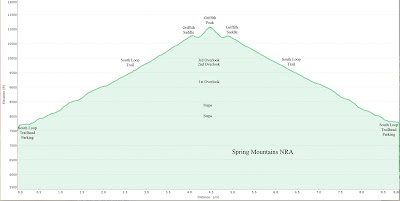 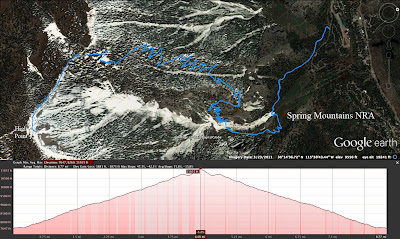 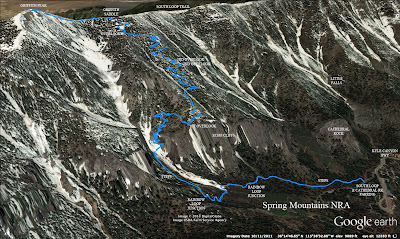