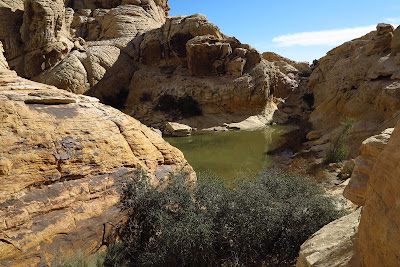 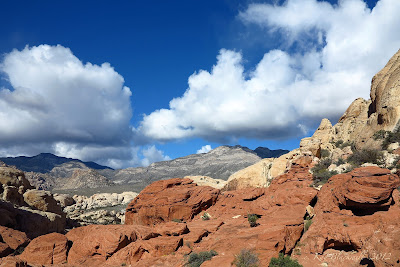 Colors of the Calico Tanks Trail 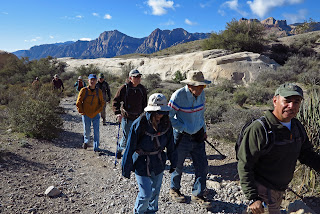 There were sixteen hikers on the second hike today and we headed into the Calico Hills in search of the main Calico Tank (or tinaja). The weather had taken a turn for the cold but we thought we were prepared as we set off from the Sandstone Quarry parking of the Red Rock Canyon NCA scenic loop road. The sky was gorgeous with puffy clouds and wind-cleared air. The red and white sandstone provided a beautiful scene against the blue and white sky. 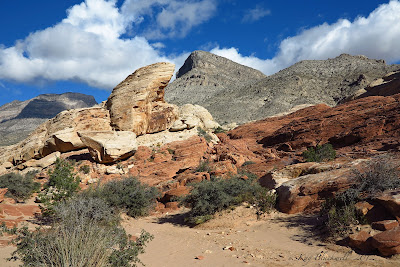 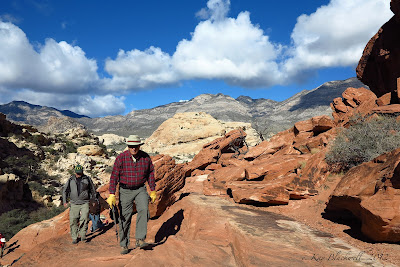 Barry Arrives at the Top of the First Scramble 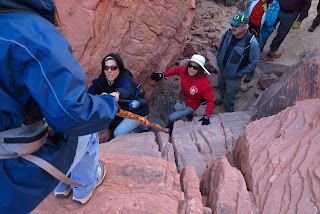 There is a small amount of easy scrambling involved on this hike and some of our participants considered this quite a challenge. Nevertheless, the pace was easy and accommodating so we were all having fun and being careful. If we weren't climbing with the use of our hands, we were negotiating slippery sand covered sandstone, uneven terrain or stair-stepping the rock steps that were built into the trail many years ago. 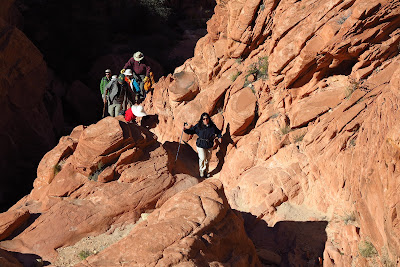 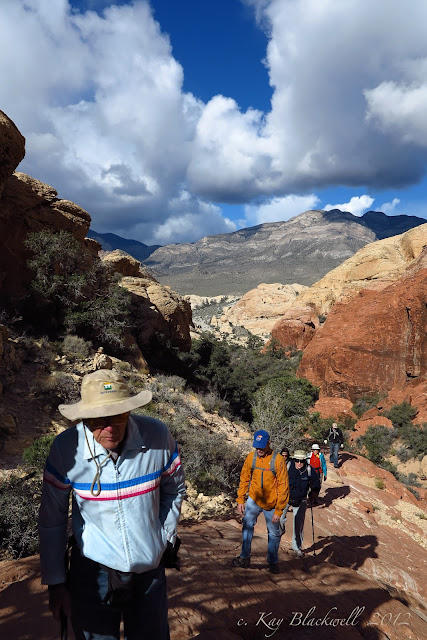 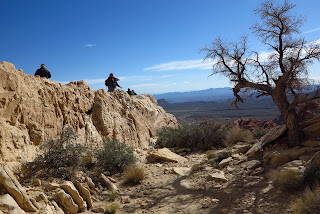 When we reached the large main water tank, we divided into two different groups. One group followed Don on the short cut which contained a small bit of exposure and one group followed Kay up and around on the right. Both groups arrived on the other side of the tank for a rest break overlooking the Las Vegas Strip. Once again, the unusual clear air view was magnificent. 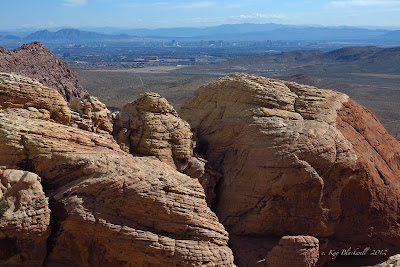 The Las Vegas Strip from the Calico Hills 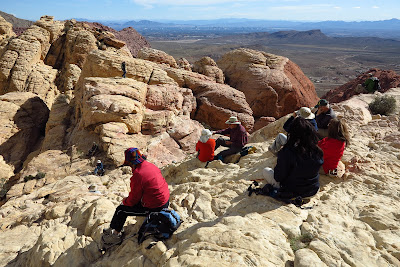 Resting at the Overlook 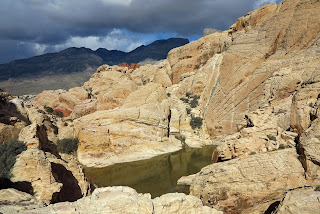 We had not sat for long when we realized that the sky around the White Rock Hills behind us was darkened and it seemed to be raining. Reluctantly, we cut our break short and began our slow haul back to the cars. Not long after we started back we realized it was snowing ... no, it was hailing! Tiny little hail balls! It hailed on us all the way back but it wasn't unpleasant as it was a sprinkling hail. Enjoying the surprising weather change, we made our way back to the cars via the high trail above the sand. And, a fun time was had by all! 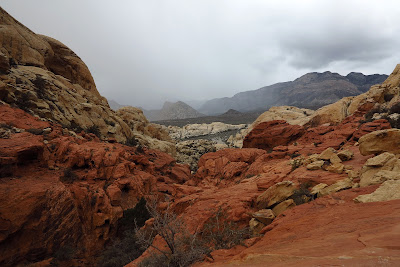 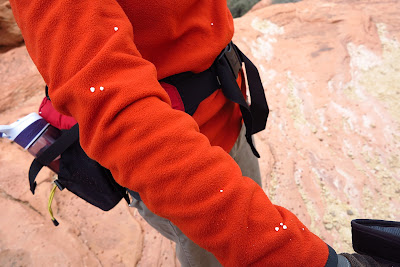 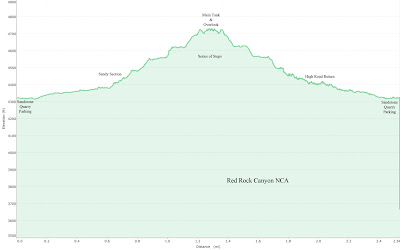 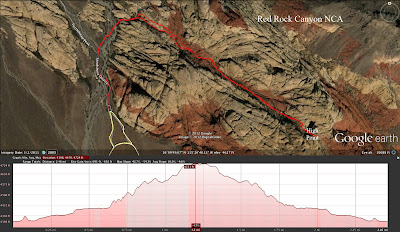 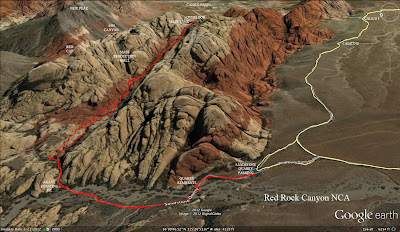