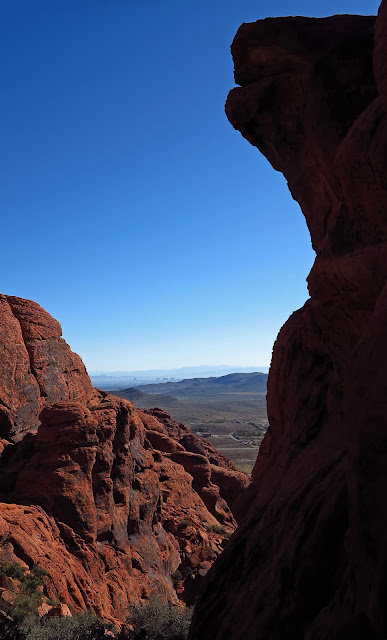 View from the Top of Angel Pass 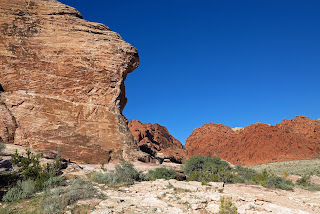 After the blustery cold weather from the past few days, we had an absolutely gorgeous day in the Calico Hills at Red Rock Canyon NCA today. When late arrivals caught up with us, there were nineteen hikers doing the Red Springs Loop starting at the Red Springs Picnic Area. 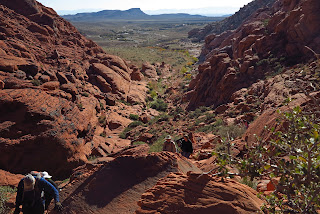 We circled the east side of the calico sandstone and began climbing a rock filled pass that some people call Red Springs Pass and others call Guardian Angel Pass. Today, we called it Angel Pass and up we went choosing our path carefully. We had an excellent group of hikers today and no one had any problems conquering the formidable climb filled with scrambling. 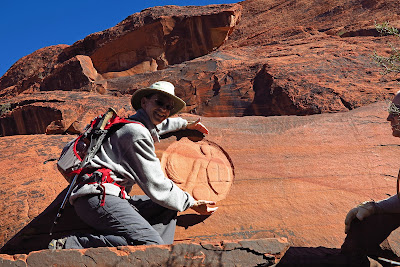 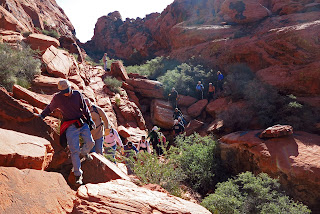 We took a short break at the top of the pass then began our descent down the other side heading toward the Red Rock Scenic Loop. The trail offers several route variations and we were mostly on the center route. When we passed the large boulder with the guardian angel carving, we took our photos and proceeded to take an odd turn up the hill to the right. 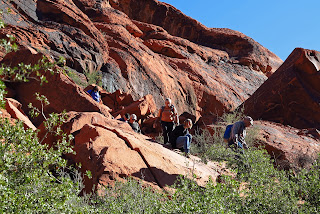 Odd, you ask? Well, suddenly, the hike leader found herself at an unfamiliar place so she saw a way down off of the hill and the scramble down was new and fun. The new route will definitely become a regular feature of this hike for this leader! Onward, down to the snack rock located below the Calico II turnout off of the scenic loop where we took our long break. 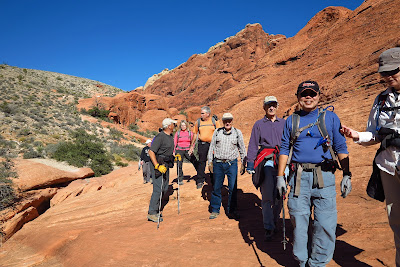 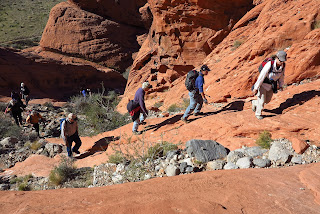 From the snack rock, we dropped down to the wash and followed it past a few tanks of water. Before the hike could become too predictable, we took a turn to the left up through the rock. This path took us up to the ridge that lies between two canyon washes. 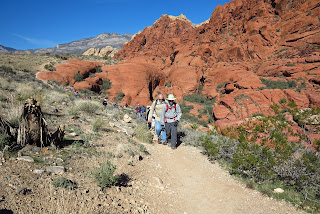 We followed the trail that led along the ridge until we were almost to the area below Calico I of the scenic loop. But, before we reached the trail that leads down from Calico I, we turned left to scramble down into the wash where there was a large tank of water. We continued through the wash and, at the advice of one hiker, we continued on to the high waterfall area that we usually bypass. 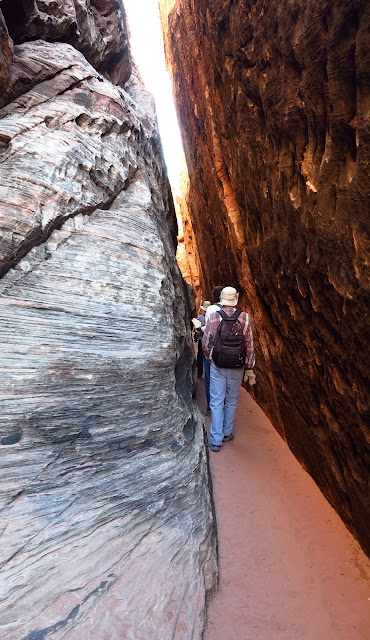 Slot Canyon After Calico I 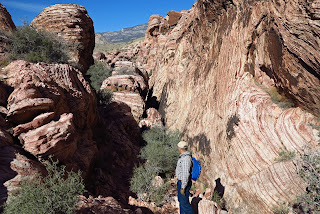 The new route was an added adventure that everyone seemed to enjoy very much. We took a left fork into an interesting slot covered with a sand floor. At the end of the slot, there was a difficult scramble up between two big rocks. This required helping hands for most of us. A few of the men were more than willing to help the ladies! 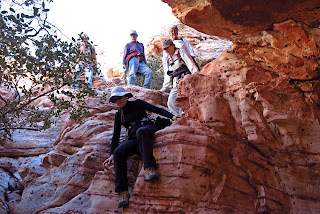 After this scramble, we continued climbing up the left fork again. At the top, we took one last left fork and scrambled down as seen to the right. At the bottom, we were again in familiar surroundings where we found a larger slot that finished with a slide down a chute. The chute seemed to be about a foot longer than before as the rains this fall have deepened the landing. 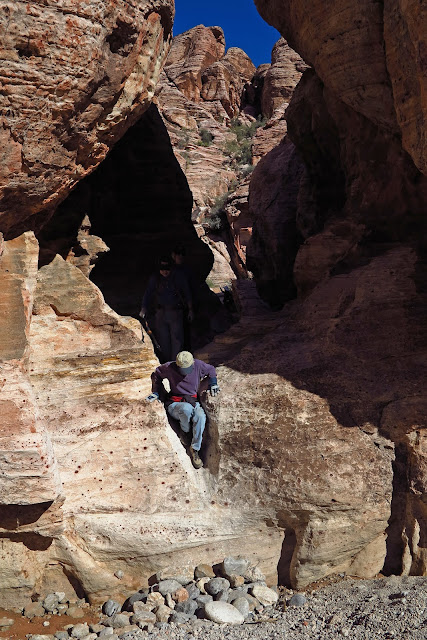 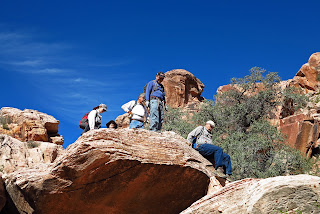 We stayed in the wash while negotiating different obstacles which all seemed unchanged from any previous hikes. As the wash took a slight turn to the right, we forked off to the left onto a trail that circled around to a gathering of very large boulders. If one searches among these boulders, they will find a few petroglyphs. We elected not to search and began our climb up the hill to the left. 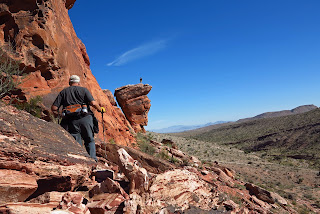 We almost reached the base of the rock wall above before we found the lateral trail that circled under the threatening rock seen to the right with the hiker on top of it. From there, we climbed up to the saddle that overlooks Red Springs Picnic Area. We descended the slippery rocky hill and found our cars to complete the loop hike. The statistics for this loop is approximately 4 miles with 900 feet gross elevation gain. 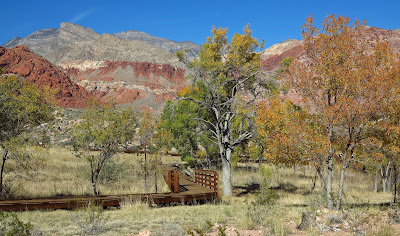 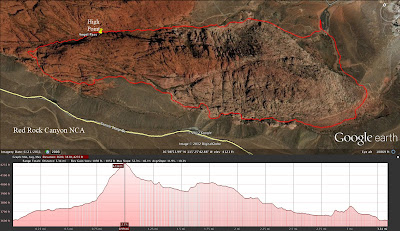 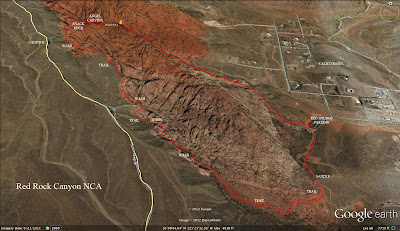