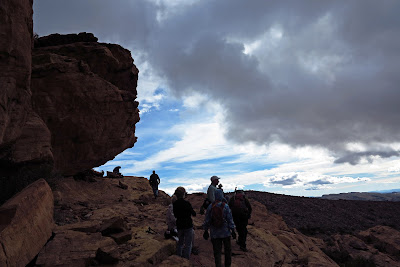 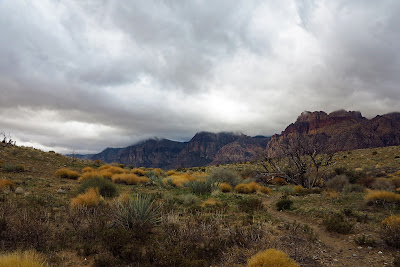 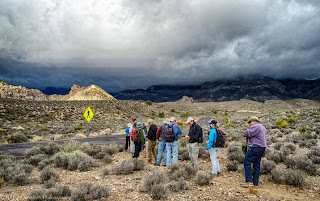 Sixteen hikers surprised the coordinator (moi) by showing up for a fairly moderate hike for Thursday on a day when the weather was nothing if not menacing. Driving to the meeting place, a bank of clouds over Red Rock and the Spring Mountains appeared to be a wall that covered all the peaks including the escarpment. A rainbow even made a performance among the rocks. Nevertheless, the show must go on and we drove into the park to start our hike at the Sandstone Quarry turnout. 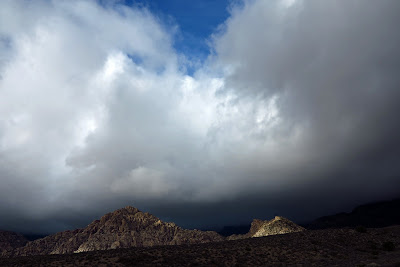 Sunlight on the White Rock Hills 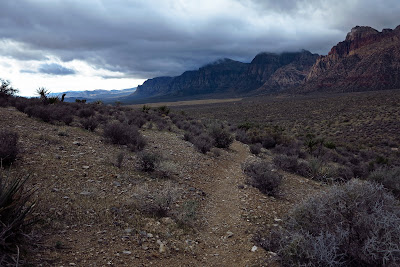 Heavy Weather Over the Escarpment 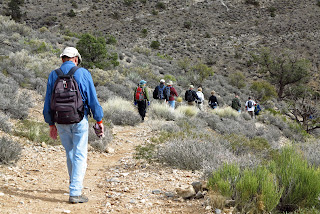 We hiked across the canyon floor at a fast pace on the Grand Circle Trail towards the White Rock Hills. Not knowing what the weather would do, we didn't want to waste time in case it started to rain. We were headed in the direction of the blackest clouds.

After the second crossing of the Scenic Loop, we hiked up the dirt road and continued up the Keystone Thrust Trail. 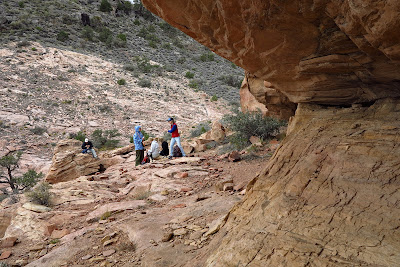 Taking a Break at the Keystone Thrust Fault 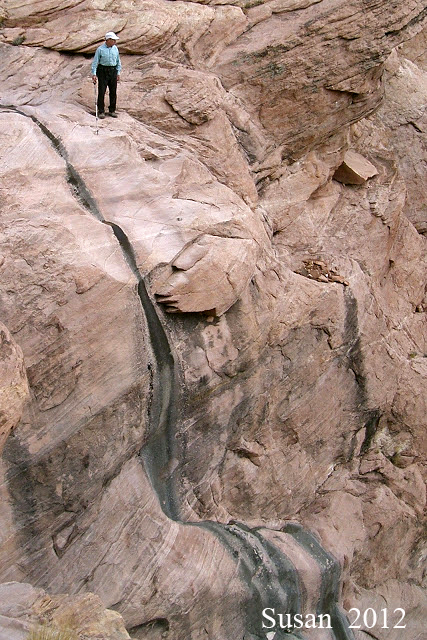 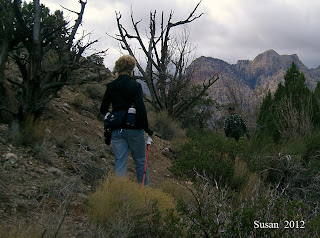 Bypassing Cactus Hill on a day when the weather was so unpredictable (not to mention the wind), we continued down to the fault area where we took our break. Almost four miles into the hike, we had only been hiking around 1.5 hours. This was another excellent group of hikers who stayed together from beginning to end. 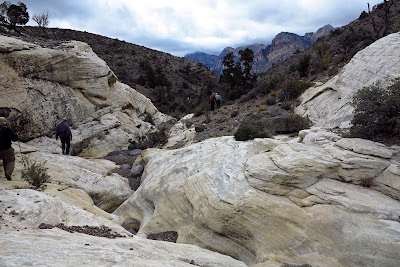 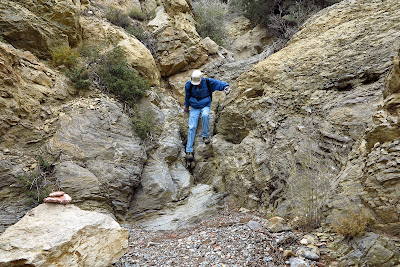 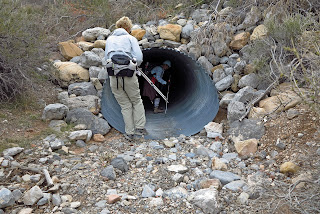 After the quick break, we headed down the wash in front of us called Keystone Canyon. Although there is some brush, there is a trail as well. Staying in the wash, we came to the culvert that crossed under the Scenic Loop Road. Sixteen hikers ducked into the culvert and came out the other side. We continued down the wash until we spotted the landmark juniper tree where the Grand Circle crossed the wash. 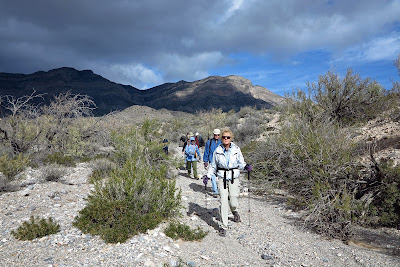 Junctioning With the Grand Circle Trail 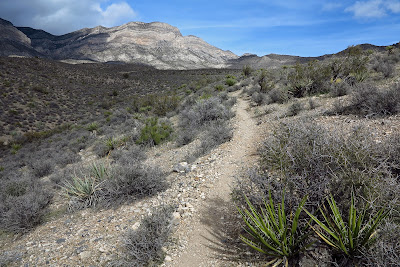 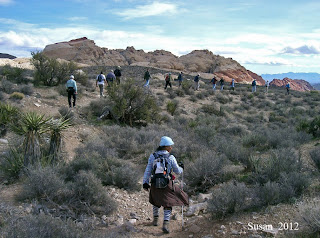 We turned left at the Grand Circle Trail and returned to Sandstone Quarry. The sky in front of us was much better looking than the sky behind us and we were breathing a sigh of relief that we escaped even a single raindrop. The fast pace was kept as best as the coordinator could and everyone got a good workout on a refreshing new route that included a little of just about everything. Seven miles, 1000 feet elevation gain, and three hours. 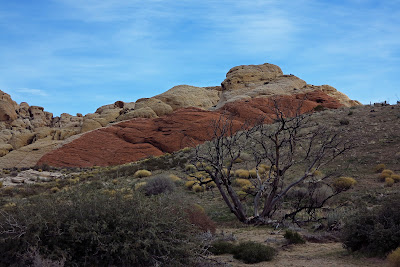 The Calico Hills from the Grand Circle Trail 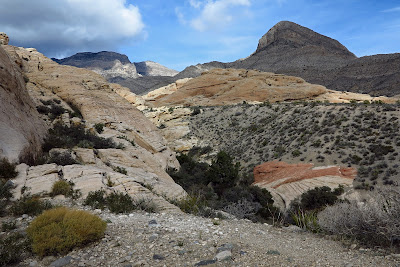 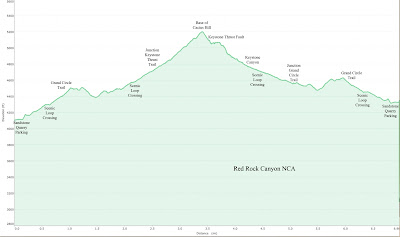 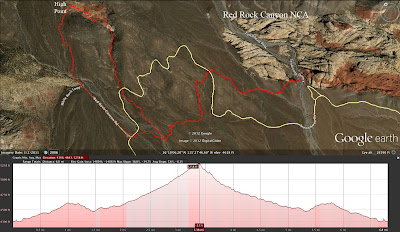 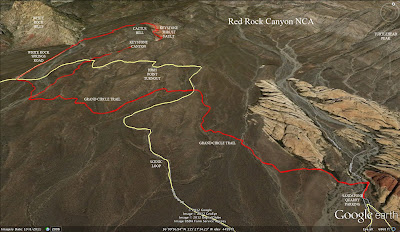