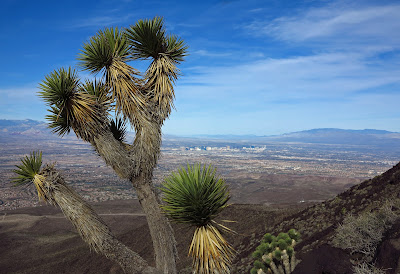 View of Las Vegas from Black Mountain in Henderson, Nevada

Black Mountain From the Lower Part of the Trail 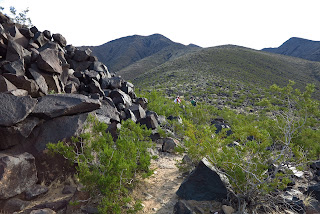 It was a beautiful clear day today while eleven hikers took to the hills of Henderson, Nevada just southwest of the Las Vegas Strip. The highest mountain in a small chain south of the River Mountains is called Black Mountain. It is necessary here in Las Vegas to differentiate this Black Mountain in Henderson from one under the same name in Boulder City. This Black Mountain Peak is around 5100 feet above sea level and requires a three mile climb up 2100 feet for a six mile round trip hike. 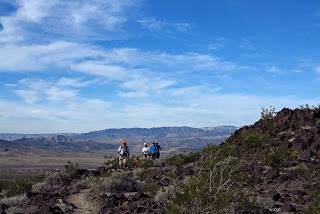 After some fun confusion as to where the turn off was to arrive at the trailhead, we left from a very small parking area on Shadow Canyon Road in Sun City Anthem and began our climb on the paved approach for about half a mile. The official trailhead is signed at a junction above the retention basin that hikers are obliged to circle around. 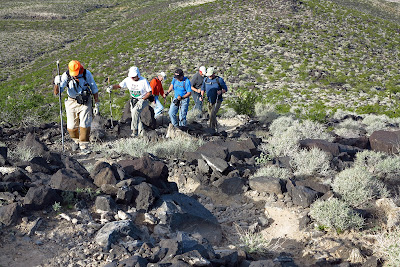 Six of the Eleven Hikers Today 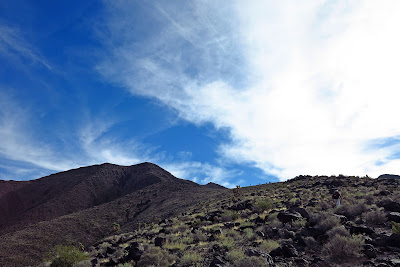 Climbing the Ridge Up to the Peak 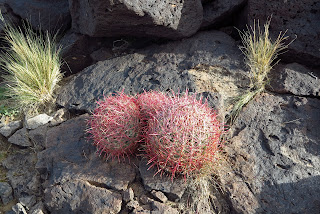 We energetically climbed the dirt trail surrounded by black lava rock. As the trail got steeper, we started spreading out. The trail was clearly marked and the mountain was in clear view so we each climbed at our own speed through a sometimes rain gutted trail. Views of the Las Vegas Strip, Red Rock Canyon and Mt. Potosi were clear as day across the valley. The smog didn't set in until we were on our way down. 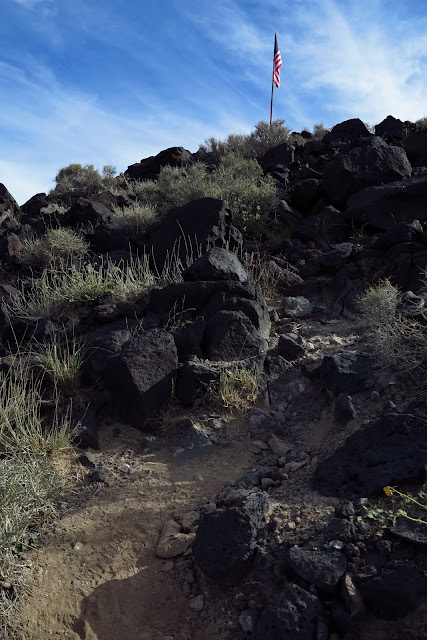 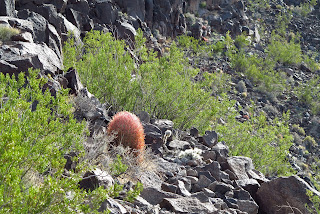 Finally, after passing several very small saddle areas, we came to the last saddle. After this saddle, the steep trail became steeper to the point where we had to make large steps up to climb to the peak. There is a new placement of the American flag on top and we could see this new flag from the bottom of this steepest climb. At last, one by one, we stepped onto the peak where there is a rock circle that provides shelter from the frequent cold winds. Today, however, there was very little wind and the air temperature was perfect for hiking. 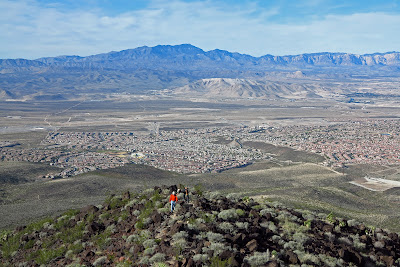 Hiking Up with Mt. Potosi in Background 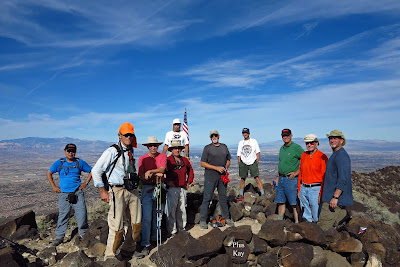 Summit Photo on a Clear Day 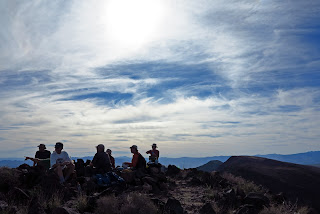 We all signed the log book and took photos of the view. After the last hikers reached the top, we took the summit photo above. What a great gang of hikers! Conversation ensued and all the world's problems were solved! One hiker had just returned from his summer home and we all caught up. Mike explained why there was a black strip on his picture from a week ago. And, we figured out that out of the eleven of us, seven of us were standing on Black Mountain Peak for the first time. Extra photos were taken with the flag. 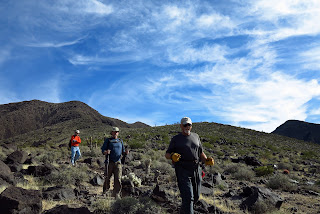 It must be said. Going down Black Mountain isn't quite as fun as going up! Hiking sticks are very helpful and extra care must be taken. The writer knows from past experience that this descent must be respected. We all got down safely even though the last hiker kept us all in suspense! We found our way home and the story ends happily. 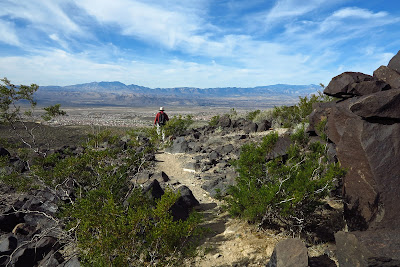 Hiking Down Through the Black Rock 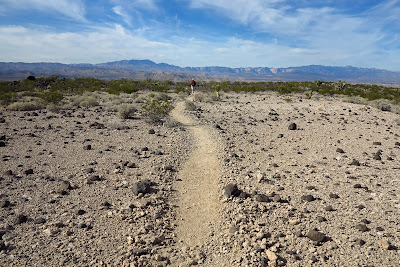 The Last Flat Elevation Before the Final Descent to Trailhead 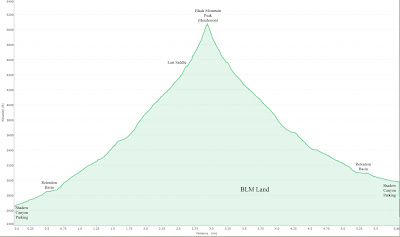 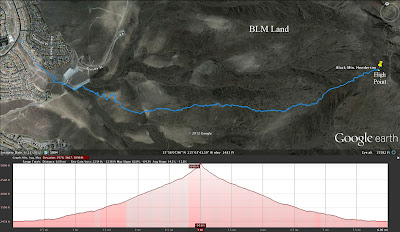 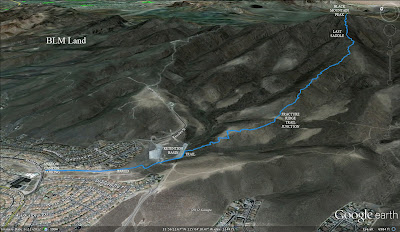