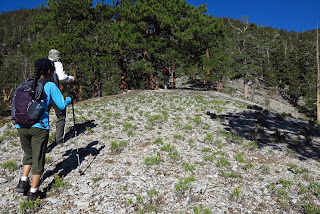 There were eight of us this morning. The trail would be another variation of this year's new loop hike involving the South Sister Saddle. We began at the Lower Bristlecone Trailhead parking lot located off of Lee Canyon Highway. The loop variation would be just over 5 miles with 1758 feet of elevation gain. 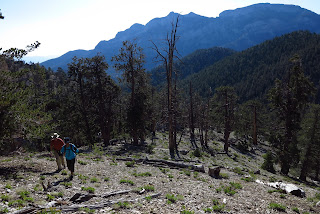 We hiked out the Lower Bristlecone Trail to the hairpin curve where we turned right into Pine Cone Canyon. There is a weather station seen on the right side of the canyon trail. After hiking up for a short distance, we came upon a ridge that climbed up to our right running parallel to the Pine Cone Canyon wash. After taking a consensus, we decided to make our ascent to the Bonanza Trail by way of this ridge which we named Pine Cone Ridge due to its close proximity to Pine Cone Canyon ... which we also named .... 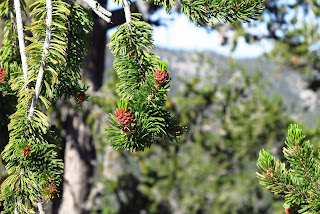 The ridge was steep but not any steeper than the adjacent wash. The views of Mt. Charleston and Lee Peak were beautiful against the cool blue sky. Although the group of eight were each strong hikers, the pace was relaxed and we climbed the steep hillside slowly. One by one, we reached the top of the ridge which turned out to be just above the Bonanza Trail. Here, we took a small break. 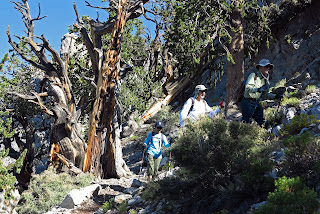 Turning right onto the Bonanza Trail, we found ourselves near the approach to the small peak with a few switchbacks. After climbing over this peak, we continued around to the South Sister ridge junction. There is a small rock placed on the crook of a three foot stump to the left of the trail where we turned right to follow a small horse trail down to the connecting South Sister ridge. 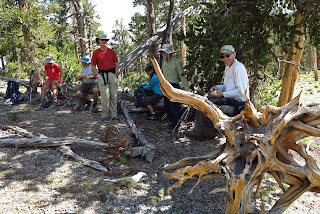 This is a beautiful open ridge with views on both sides. About half way along the ridge to the South Sister Saddle, we stopped for a longer break. Small clouds were just beginning to pop up over a couple of the surrounding mountain peaks. At that moment, we were not concerned about rain. It was still a very pleasant morning. 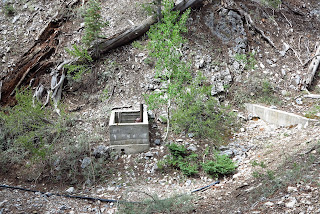 We continued down to South Sister Saddle and, without stopping, we started down the South Sister Trail enveloped in the forest. We finally passed the spring (seen in the photo to the left) and the old home foundation (seen below), walked along the rock-lined trail and crossed over and up to the Lower Bristlecone Trail. As we hiked the final bit down the forest road, we could see that the dark clouds were hanging low over Mummy Mountain ahead of us. Time to go home. 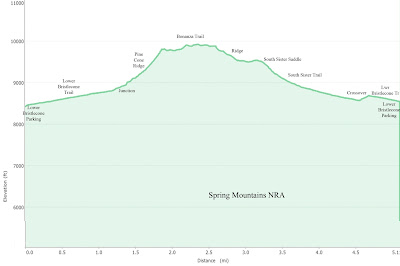 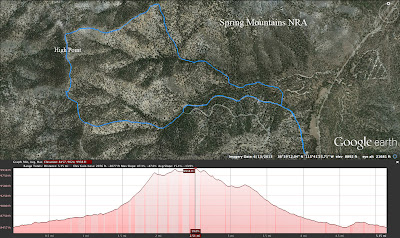 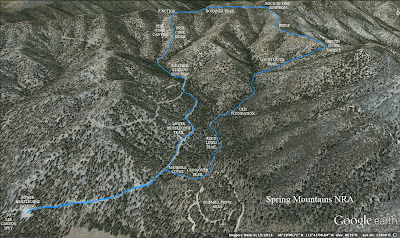 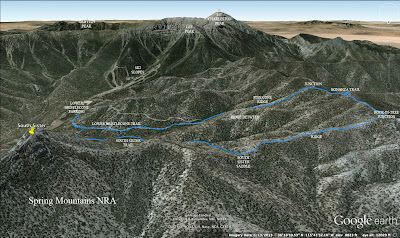