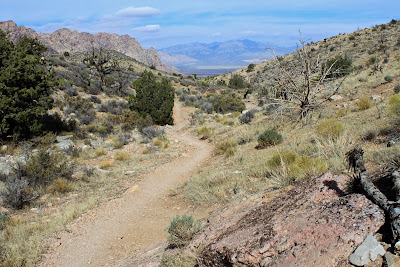 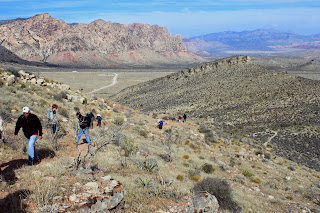 With a chilly breeze in the air, seventeen hikers bundled up against the wind and set out for the Badger Pass Loop hike from a small dirt parking lot located off of Highway 160 in the Bird Spring Range of Red Rock Canyon NCA. The sun was shining and wind was not predicted to be very bad but, for some reason (perhaps because it is on the unprotected southern side of the escarpment), this area is plagued by cold windy days. 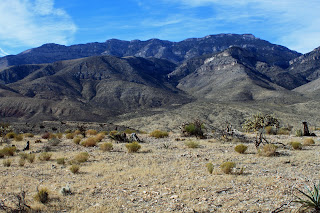 Anyway, we were bundled and we began by climbing a nice trail up a long hill with about five hundred feet in elevation gain. The seventeen hikers separated but rest stops were frequent and the group did not lose each other. Finally, after about a mile, we hit our high point and enjoyed a large view of Mt. Potosi. Behind us, we saw the escarpment and Calico Hills. The air was unclear due to high winds the night before that probably stirred up the dust but it is difficult to ruin the views around here. 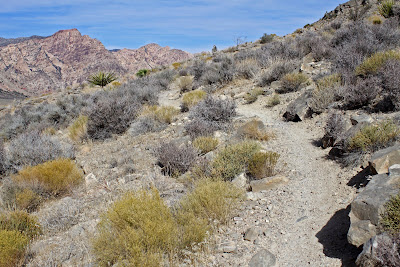 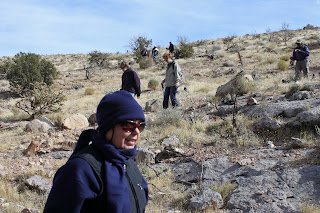 After topping out around 4750 feet, we began our descent and found a trail junction at the pass for which this hike is named, "Badger Pass." These trails were made and named by the bicyclists in the area and three cyclists passed us as we hiked. We turned right at the pass and switchbacked our way down to another trail junction. This trail is called Deadhorse Trail. 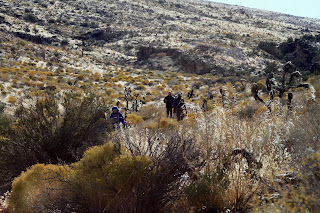 We took our break on the rock seating area at the junction. It was nice here; out of the wind. We talked about food as we are approaching the Thanksgiving dinner season! Eager to finish out the hike on a more flat terrain, we turned right on Deadhorse Trail and hiked back to the cars. The views from this trail are beautiful as seen in the first and last photos of this entry. 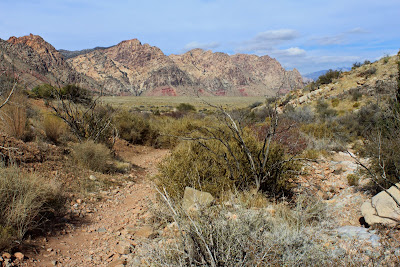 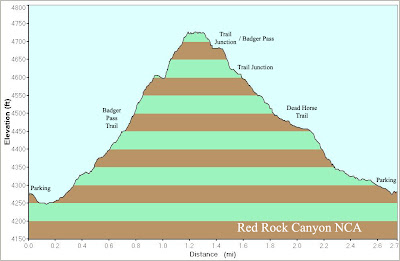 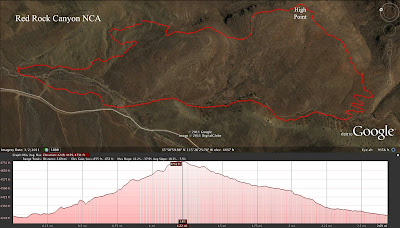 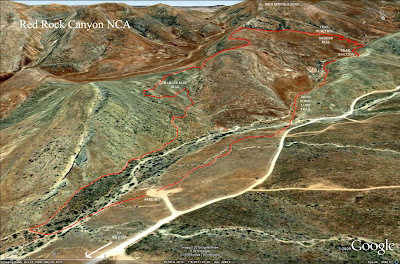