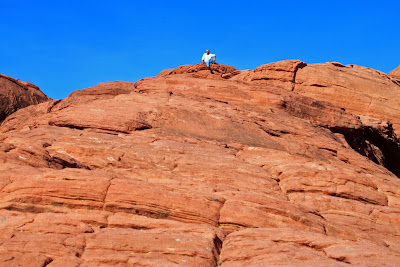 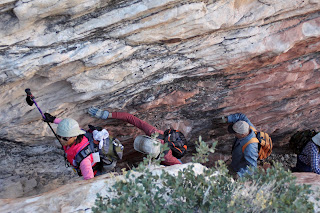 Eleven hikers met up in the Sandstone Quarry parking lot at Red Rock Canyon NCA to do a "relaxing" hike up to the top of Red Cap today. The plan was to do a plain vanilla hike up and down the standard way. We had four newbies on the hike and it is always fun to introduce this wonderful short scramble to new people. 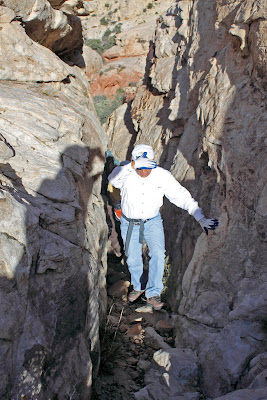 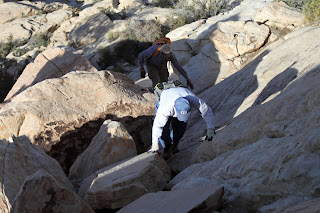 On our way out to the beginning of the scramble up, we interrupted two jack rabbits. One went one way and the other went the other. (If it was true love, they will find each other again.) The first and second cracks of the hike are seen in the second and third photos. Then, as you see in the fourth photo, it was a steep climb up the sandstone while keeping the wall above us to our left. 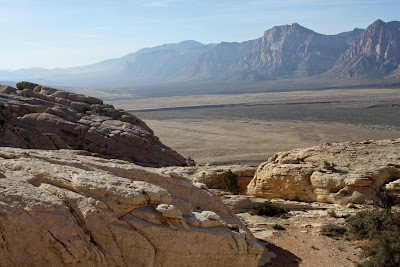 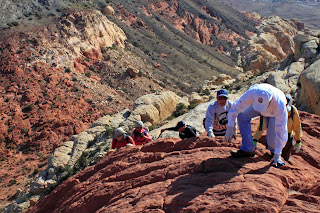 There was a third and fourth crack to negotiate and then we were climbing onto the red sandstone. Here's where there is some exposure. We perched on top of the easier side of the twin peaks and took a break. It was a beautiful day and the weather had become a little warm again. 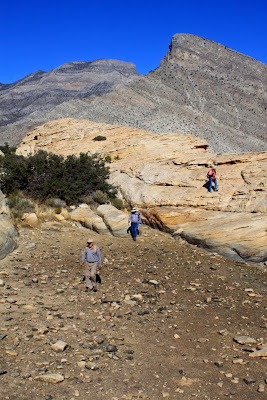 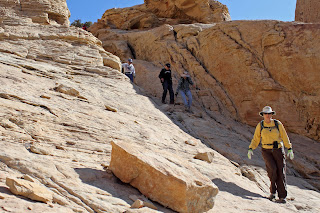 After our break, we came down to the tank plateau where we toured all of the completely dry tanks. From there, we dropped down into the large tinaja below and began our final descent to the Calico Tanks Trail by way of the sandstone slab next to Mass Production Wall. The Tanks Trail led us back to our cars. In the photo below, Don says "Bye!" 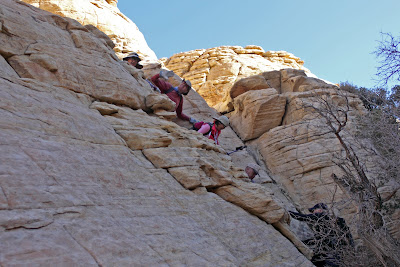 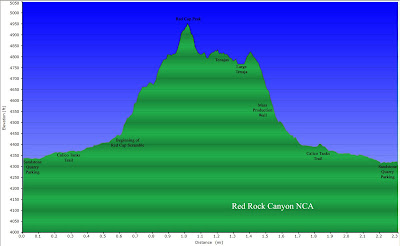 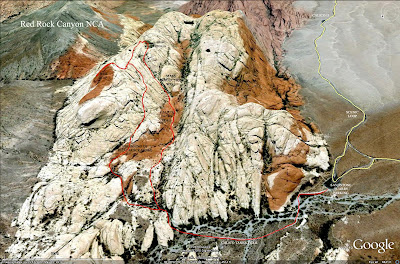