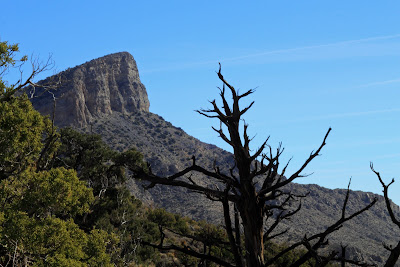 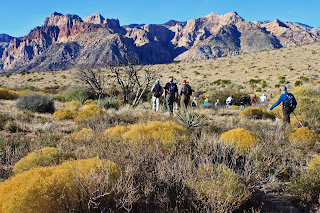 Beneath a waning moon, twenty hikers left from the Sandstone Quarry on the Red Rock Canyon NCA scenic loop for a seven mile hike around the northern section of the canyon. We began by hiking the Grand Circle Trail which lies to the left of the quarry. This took us across the desert not far from the High Point Loop turnout. In fact, we crossed the scenic loop twice. 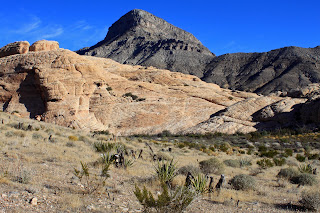 We hiked the half mile up the White Rock Springs Road and with only a small break at the restroom, we continued forward on the White Rock Hills Loop Trail until we had to turn right at the Keystone Thrust Trail. This group wasn't messing around. The breaks were few and far between, and then only brief. 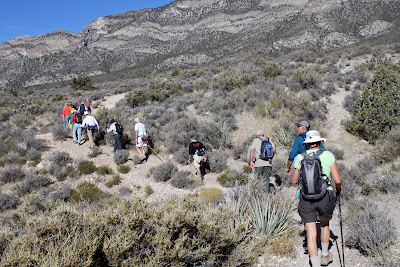 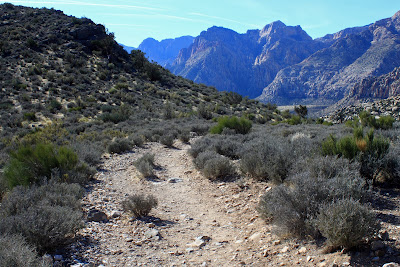 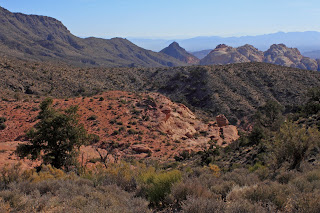 The climb went on and on! It was a steady climb up past the Keystone Thrust (seen in the photo to the left). The views of the escarpment behind us, La Madre Mountain in front, Cactus Hill to the immediate right, Keystone Thrust below and Turtlehead across the desert were grand on this absolutely beautiful day near Las Vegas. The temperatures were in the 60's today. 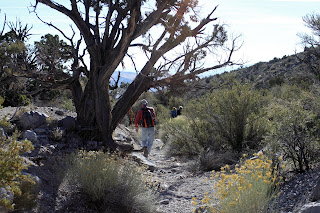 Reaching an almost obliterated agave roasting pit to our right, we turned right down a small wash. We took our break on rocks within the wash then continued down. The wash began small and brushy but gradually opened out to a very wide gravelled wash that flowed at the base of Turtlehead Peak. From the wash, we connected with the Turtlehead Trail which led us back to our cars. We had finished this hike in record time of three hours. 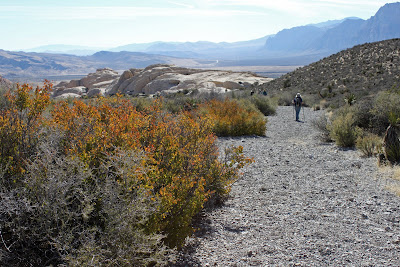 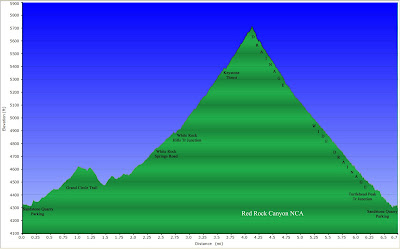 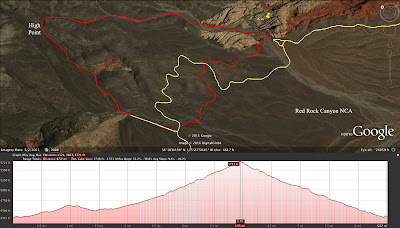 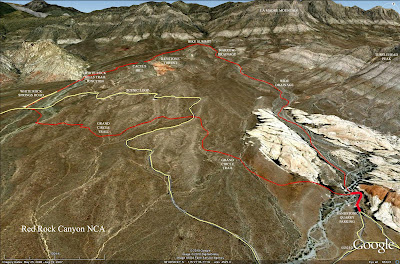