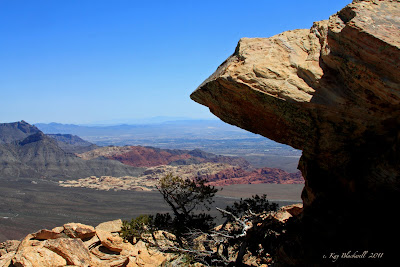 The 2011 Halloween Hike to the North Peak (Sandstone) located in the Rainbow Wilderness of Red Rock Canyon NCA was a great success albeit the scheduled one day late. Larry wrote up the events of the hike and sent a few photos. Mike chimed in with a photo, too. It looks like they all had fun and quite a workout as well. Here's what Larry had to say as follows: 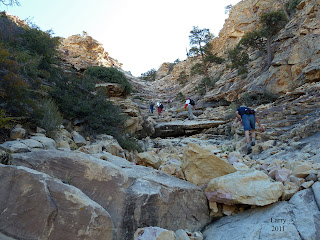 On a beautiful 1st of November day, with plenty of sunshine, high-50s tempera- tures, and calm wind, fourteen ABF hikers ventured from Willow Spring to North Peak (Sandstone) on the 5th (or 6th?) annual Halloween Hike (a day late but with no shortage of enthusiasm). The group elected to hike up the wash that parallels Rocky Gap Road, rather than taking the road itself. At the junction of the wash and the traditional trail up the limestone ridge to Dragon Rock, seven hikers continued up the wash where they scrambled up the boulders and sandstone slabs to the top of the ridge. 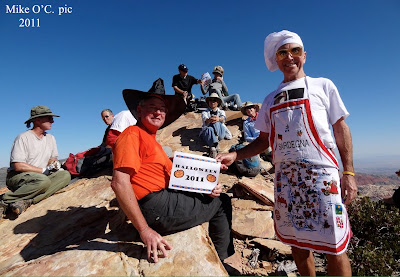 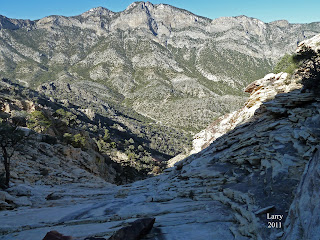 The remaining seven took the traditional route up the trail along the limestone ridge and across the sandstone slabs. All met again at the Peak, with the ridge route contingent about five minutes ahead of the scramblers. At the peak, several Halloween stalwarts donned their costumes and shared tricks and treats. 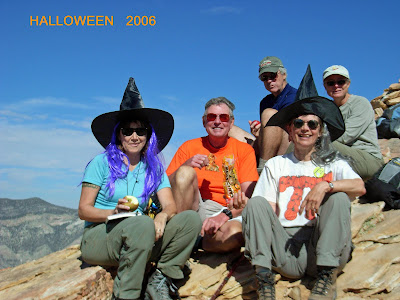 The group enjoyed looking at “summit photos” from prior Halloween hikes and posed for this year’s Halloween 2011 edition featured herein. Above is the 2006 photo of the ABF Halloween Hike. 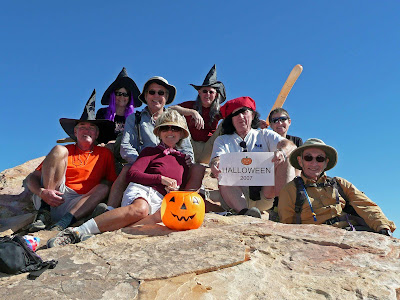 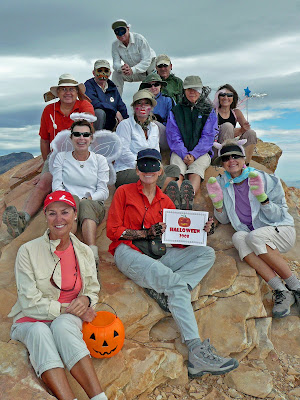 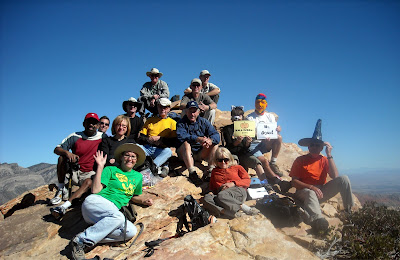 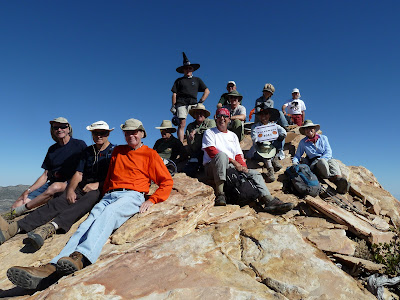 And, finally, here is the ABF Halloween Hike photo for 2011. After lunch, the whole group returned to Willow Spring via the ridge trail and Rocky Gap Road. Thanks for the write up and photos, Larry and Mike. 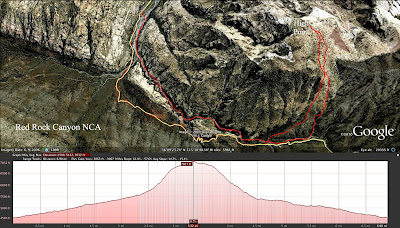 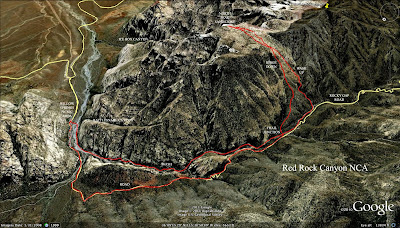 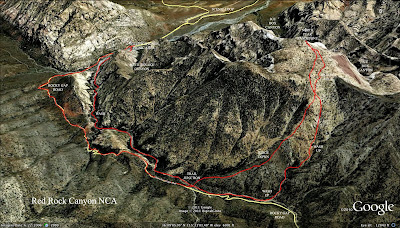 Gosh, Kay! It's almost as if you were there! We missed you. Thanks for the blog! ...Larry