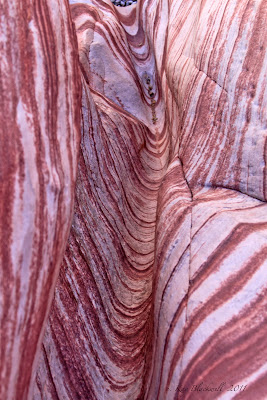 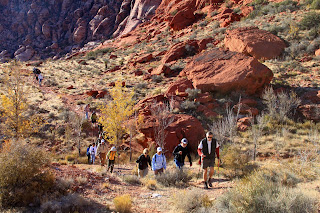 It was an absolutely gorgeous day here in Las Vegas this Saturday after the Thanks- giving holiday. Clear, warm and with very little wind, many people were about within the open air art gallery that we call Red Rock Canyon NCA. The Around the Bend Friends held their own in numbers as thirty- two hikers came out for a partial loop hike beginning in the Red Springs Picnic Area parking lot of Calico Basin. 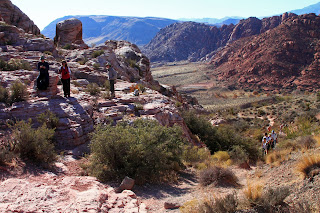 The long line of hikers quickly hiked past the Calico Hills, the old filled in foundation, across Ash Creek and up to the base of what some people call "5 Stop Hill." This was where we did most of our elevation gain. The trail climbed up to the saddle next to Krafft Mountain. The thirty- two hikers were of different levels so whether a hiker took zero or five stops to make it up the hill, we were all waiting for the last hiker at the top. 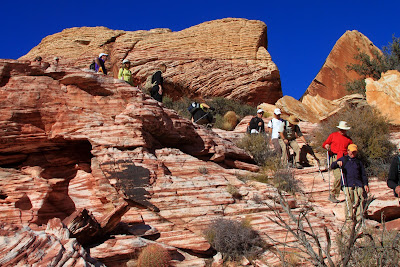 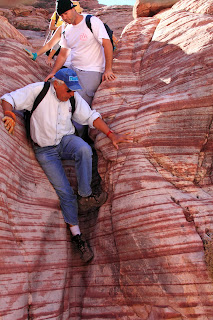 After we claimed the hill and took a break, we started hiking down the other side to drop down into lower Gateway Canyon. We took the first trail to the right which is a shorter approach and found ourselves amidst candy cane colored sandstone ... our own personal "wave." We scrambled down to a small chute that emptied into the canyon. The first photo shows the design of the sandstone chute. To the left, Helmut demonstrates a technique of descent. We enjoyed the challenge and waited at the bottom for the last hiker to find their way down. Here, the view up canyon was dominated by Turtlehead Peak. 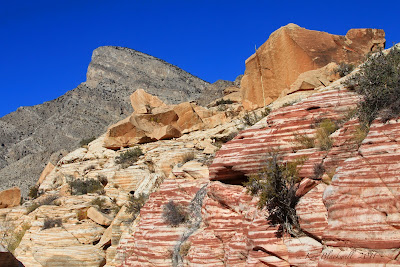 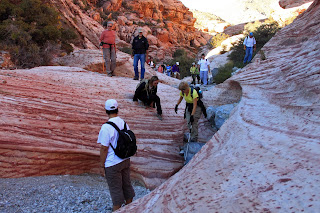 The walls of Gateway Canyon are red and white. Sometimes they are striped and sometimes they are polka dotted but they are always unique. Some people call this "Candy Cane Canyon." At any rate, the scrambling continued down among the small boulders and gravel floor. 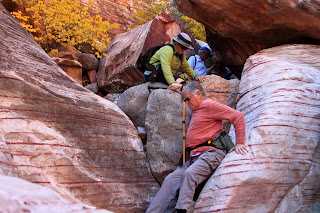 Soon, the boulders became larger and there were two obstacles that any hiker needs to get by. There are options, however, the most popular options include climbing down off of huge sandstone rocks by use of nature's provided steps. At this point, whoever was leading the line of hikers (and it wasn't the assigned coordinator) started getting too far ahead and the faster and slower hikers began to separate quite a bit. Never fear, the coordinator was near the back sweeping the stragglers and we all regathered at the thirty foot waterfall overlook. 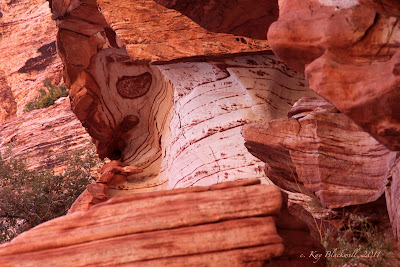 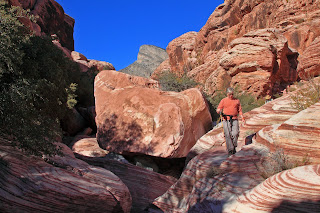 The trail had turned right out of the wash because if one stayed in the wash, they would come to that waterfall with no way down! It was here under a very large boulder that we ate a snack. When we set off again, the coordinator regained the lead and we followed him quickly back to the Ash Creek crossing. It was here that we realized that the end of the line was, again, no where in sight. 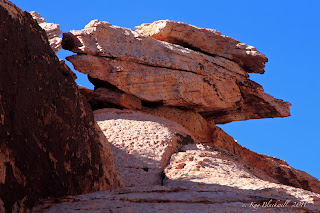 We waited for a few minutes then someone looked up and saw that they had taken a shorter route and were now ahead of us. Okay, whatever! So, we returned back to the cars in pieces hiking by the Calico Hills. And, you know what? We had a really great hike! 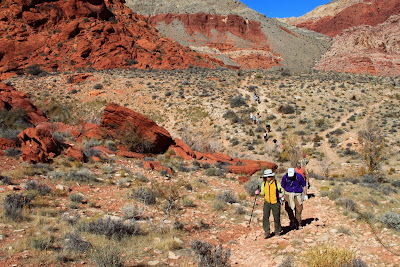 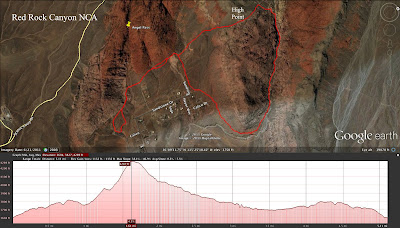 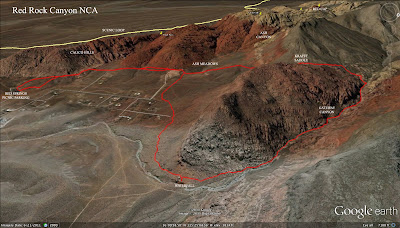