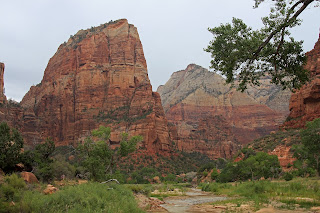 There were two organized outings to the Emerald Pools over the weekend. One outing was developed at the last minute after their Angel's Landing hike had been completed. The other outing was hiked on Saturday led by Chris Neinaber. Both hikes began at the Grotto shuttle stop in Zion National Park. They crossed the river and turned left onto the Kayenta Trail. 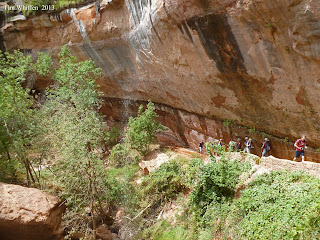 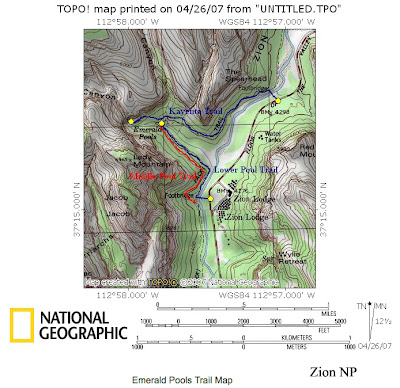 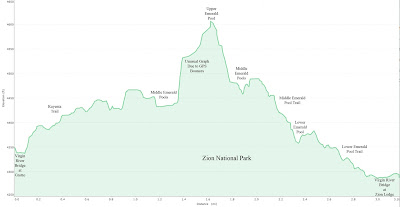 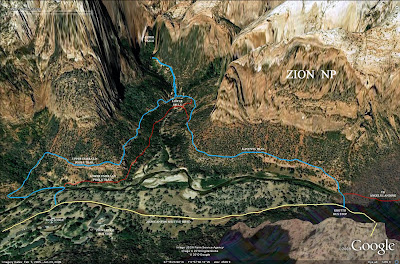