When we left the trailhead for a counter-clockwise hike on the White Rock Hills Loop, we had eighteen hikers. The trailhead is located at the Willow Springs Picnic Area off of the scenic loop of Red Rock Canyon NCA. Whoever was leading ... set a blistering pace right off the bat. It wasn't until more than a mile later that we were able to convince the leaders to stop for a break in the extremely high humidity and heat that was already beating down.

Several of us in the back were not aware of the leaders' desire to break their personal record for the loop and we tried in vain to catch up when we continued. As we started up the old dirt road portion of the hike that leads up to the springs, we began to fall behind and the large group broke up into 2 or 3 smaller groups.


When we reached the White Rock Springs Trailhead, it was clear that those of us who expected a moderate pace were holding back the leaders so we released them and they took off! Apparently, the record was around 1.75 hours. Hmmm. (I wonder what they ended up doing today.) Anyway, the last group licked their wounds as they gathered whatever energy they had left to finish the climb up to the high point saddle.

A note must be inserted about the state of the washes. They are all, yes all, very washed out and sometimes obscure a once very clear trail. Remember as you hike this loop that the trail never really follows a wash. You cross the washes a lot but don't follow the washes.


The last group of hikers stayed together and had their break at the saddle where we could see a small portion of the Carpenter One fire damage up on the ridge as seen in the photo collage above. After our break, we followed the trail down a pleasant grove of desert woodlands and passed the long rock fin called, among other things, the Dragon Back Rock. We connected with the La Madre Springs dirt road trail, then turned left on Rocky Gap Road.

The moderately paced group of seven hikers finished the six mile loop in around three hours. There is around 1100 feet of elevation gain during the complete hike. 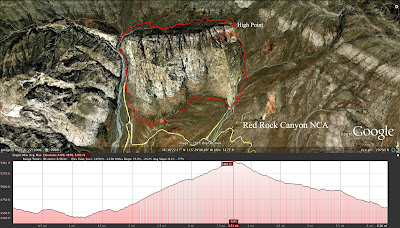 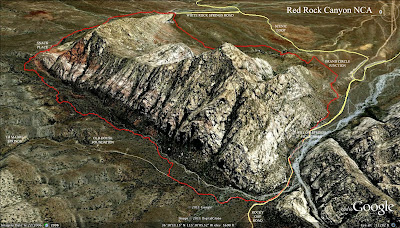