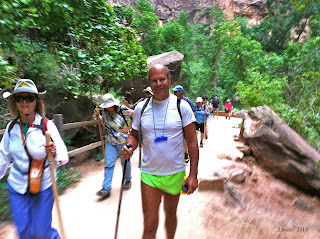 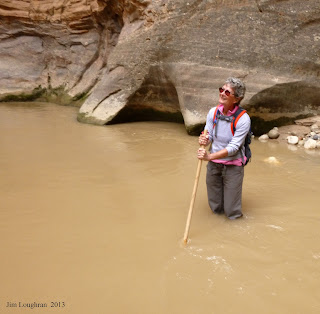 All of the groups began their hike by taking the shuttle to the end of the line, the Temple of Sinewava shuttle stop. They walked out the paved one mile trail called the Riverside Walk and stepped into the water. Jerry's photo below shows the first river crossing here. As soon as the feet got wet the first time, everyone relished getting into the water every time after that! It was cool and refreshing at 63 degrees F. It was immediately apparent to the hike leaders that the river was at optimal conditions, shallow and warm! ... well, warm for the Narrows! 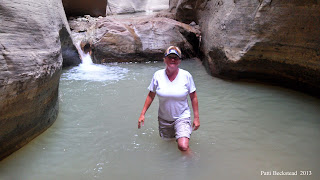 Ann's group was going to stop at Orderville Canyon, seen in the photo to the left. But the conditions were so good that they all decided to go up just a little further. John's groups went all the way through Wall Street and snacked on the other side. 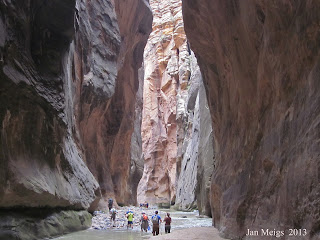 The Zion Narrows is a classic hike known the world over and it didn't disappoint anyone! The scenery was magnificent and the feeling of walking between the high walls in the water is a lifetime experience. The hike, itself, is a workout over a total of 5 to 6 miles with minimal elevation gain. It usually takes around six hours to complete. 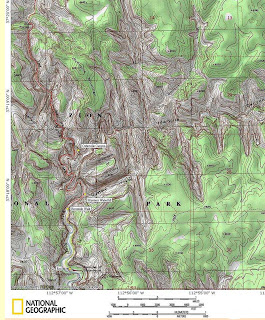 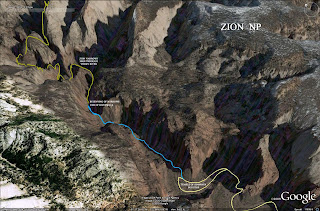