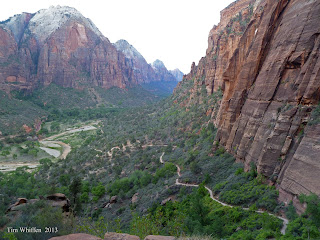 On Friday, two groups of hikers started out from the Grotto shuttle stop in Zion National Park. They crossed the bridge and turned right to start the walk along the river then the climb up the switchbacks that were cut into the rock walls of the canyon. From there, the trail turns left into a hidden canyon called Refrigerator Canyon. Soon, the hikers found themselves climbing Walter's Wiggles, named after an original park custodian who invented the small switchbacks to make this climb easier. 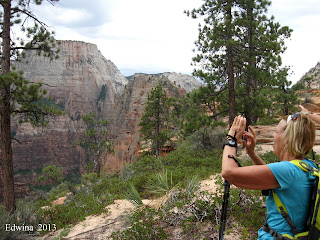 At Scout's Lookout, the two groups of hikers separated. One group headed up to Angel's Landing and the other group continued up the West Rim Trail. A climb over the rock led them to a beautiful hike along Telephone Canyon then on to a climb up to an old cabin site where they took their break. The total hike, out and back, was 9 miles with a total elevation gain of around 2500 feet.

Three of the maps below do not reflect the end climb up to the Cabin Spring area. 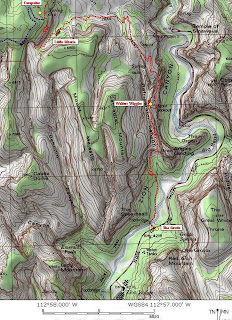 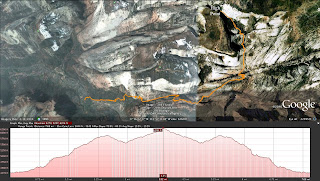 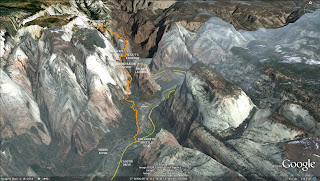 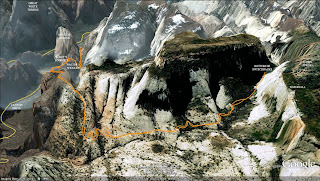 Posted by Las Vegas Cockapoo at 9:38 AM